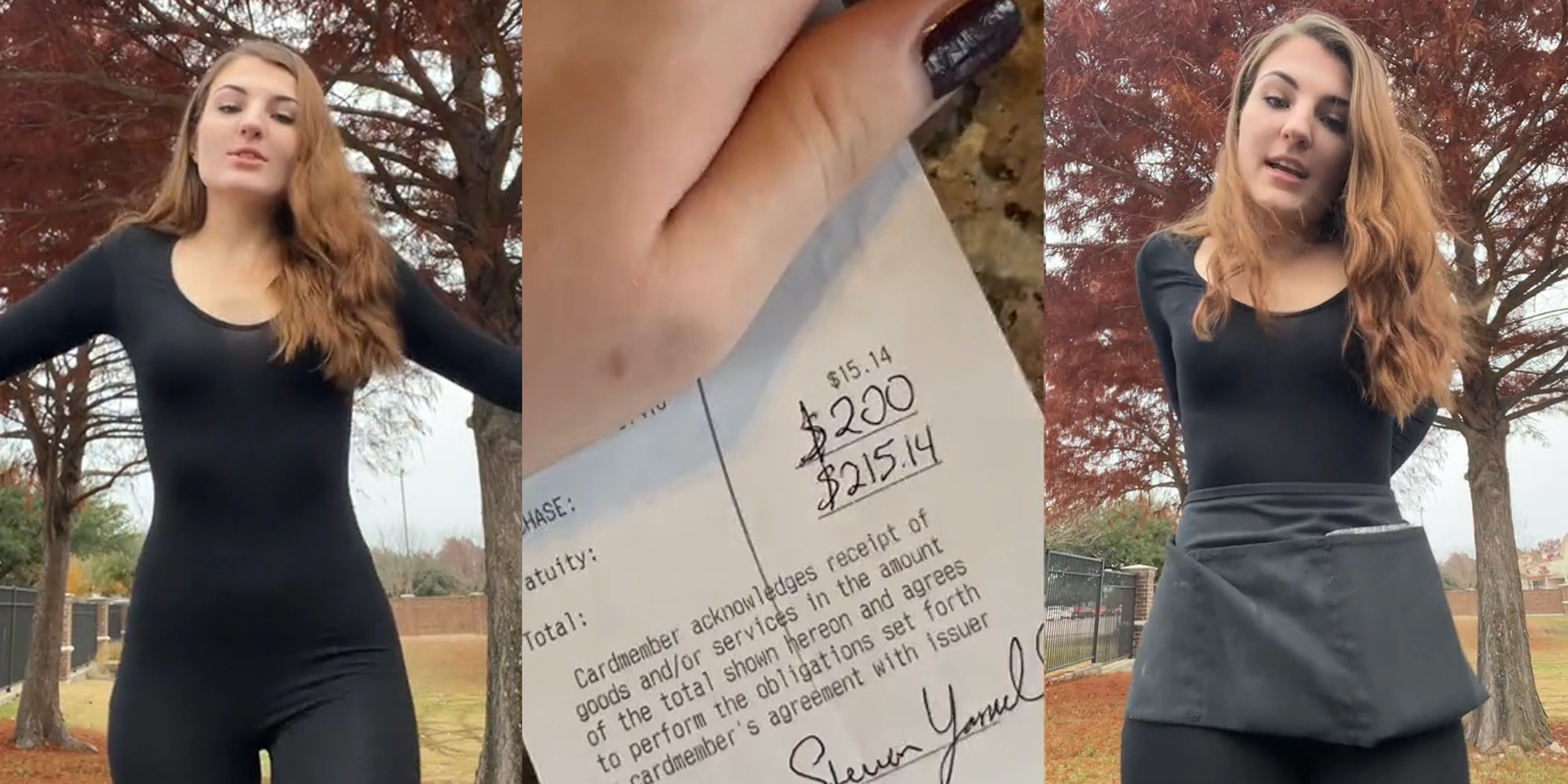 ‘I guess I’m only wearing these from now on’: Server says she makes $200 tips by wearing all-black jumpsuit

'What happens if you wear the jumpsuit with your hair in pigtails? Do the men self-combust?'

In a recent video, TikTok user @bonaocean shows viewers how she makes hundreds of dollars in tips just by wearing the outfit to work, which she said she bought from the online clothing store Shein.

“So for all of you girls that work in a restaurant, and you just have to wear all black, I have the best thing for you,” @bonaocean said. “Go buy these jumpsuits.”

The jumpsuit appeared to be made of spandex-like material. In her video, which has been viewed over one million times, @bonaocean shows one receipt with a pre-tip total of just $15 where she received a tip of $200, and another where she was tipped $230.

Research has actually shown that male patrons at restaurants will tip more depending on what a waitress is wearing. For example, one study showed that waitresses wearing the color red received more tips from male patrons compared to waitresses who were wearing different color tops.

There’s also a trend on TikTok via the hashtag #pigtailtheory where waitresses discuss how wearing their hair in pigtails earns them more tips. One commenter poked fun at the theory on @bonaocean’s video.

“What happens if you wear the jumpsuit with your hair in pigtails?” the commenter said. “Do the men self-combust?”

Other viewers said it’s unlikely they would be allowed to wear the one-piece suit at their job.

“We’re not allowed to wear leggings, I don’t think this will fly,” one commenter said.

Some also pointed out that it likely depends on the type of restaurant a person works at if they’d be able to wear the outfit at all.

“The people who have worked fine dining [versus] the people who work sports bars arguing in the comments,” another user wrote.

The Daily Dot has reached out to @bonaocean via TikTok comment.