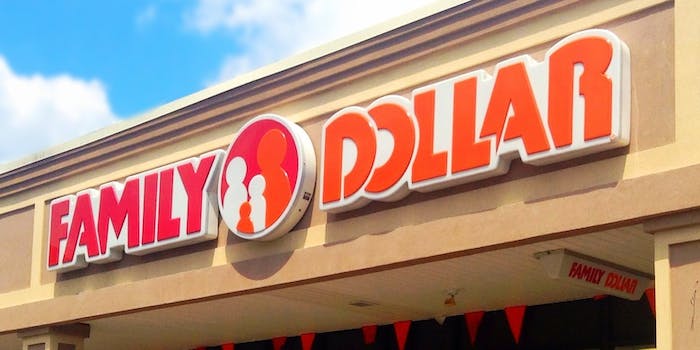 The incident took place at a Family Dollar store in Flint, Michigan.

A security guard at a Michigan store was shot to death on Friday after he asked a woman to wear a mask inside, according to multiple reports.

The woman’s mother, Sharmel Teague, reportedly spat on the guard, identified as Calvin Munerlyn, at a Family Dollar store in Flint, Michigan.

The woman at the center of the incident has not been named. She went back to her car while Teague remained inside the store and began yelling and spitting at Munerlyn, according to BuzzFeed News. Munerlyn then asked the cashier not to serve her.

According to police’s description of surveillance footage, Teague left but returned in 20 minutes with her husband Larry Teague and 23-year-old Ramonyea Bishop.

Larry Teague then began yelling at Munerlyn that he “disrespected” his wife and daughter. Bishop, who is Sharmel’s son, then allegedly shot Munerlyn in the head.

Sharmel Teague has been arrested while Larry and Bishop remain at large, according to CNN. All three have been charged with first-degree premeditated murder. Larry Teague is facing other charges including carrying a concealed weapon and violating the governor’s orders.

Genesee County Prosecutor David Leyton has said Munerlyn, a father of eight children, was merely trying to follow the governor’s order that requires all customers and store staff to wear a mask.

Dollar Tree officials have reportedly said the company will “continue to cooperate” with the ongoing investigation.

“This was just senseless over a mask! Over a mask I don’t understand it,” Munerlyn’s cousin Tina James told ABC12 News.