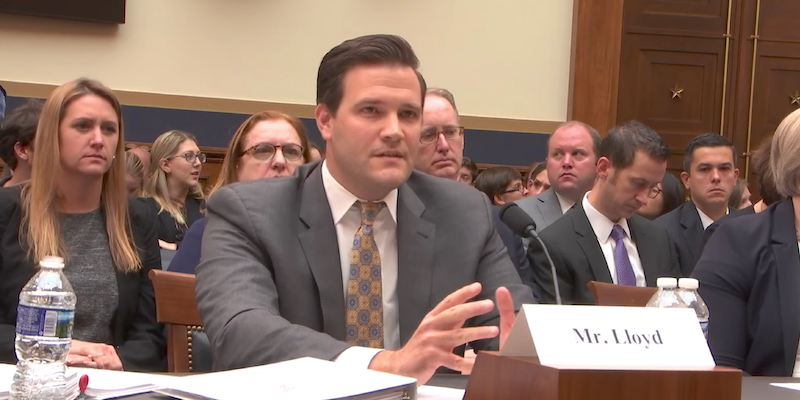 For starters, he doesn't have a medical background.

After weeks of being denied her choice to have an abortion, Jane Doe, the 17-year-old undocumented immigrant in federal custody in Texas, finally had her procedure last week. The teen found out she was 15 weeks pregnant when she placed in a children’s shelter.

However, had that decision been up to Scott Lloyd—the director of the U.S. Department of Health and Human Services Office of Refugee Resettlement and the overseer of the agency responsible for where Doe was held—he would have taken more extreme actions to ensure Doe wouldn’t have access to an abortion in the first place, according to an investigation by Business Insider.

The American Civil Liberties Union, which represented Doe in court and in the media during her weeks-long journey, said Lloyd had personally met with another young woman seeking an abortion in an attempt to dissuade her. Emails included in court filings by the ACLU show that Lloyd had wanted to connect the girl to “psychological and/or religious counseling,” and that he directed the Office of Refugee Resettlement to only provide anti-abortion “pregnancy services and life-affirming options counseling.”

Testifying before the House Judiciary’s Subcommittee on Immigration and Border Security last Thursday, the day after Doe’s abortion, Lloyd didn’t confirm nor deny allegations that he had met with Doe, or any of the other pregnant minors that the office oversees. However, during the subcommittee’s line of questioning, Lloyd said he was unaware of the report from Amnesty International that shows that 60 percent of female refugees from Central America are raped while crossing the U.S. border and likely need medical attention.

Lloyd also failed to answer questions about his medical expertise that would qualify him to make Doe’s abortion decision for her—or for other girls for that matter. Lloyd had also previously directed a shelter to stop a pregnant minor from taking the second pill for a medication abortion. But prior to his appointment to director, he worked as an attorney for Catholic men’s organization the Knights of Columbus and previously served on the board of directors for a crisis pregnancy center, which currently lists no doctors or OB/GYNs on staff.

He also co-founded an anti-abortion religious organization called the  WitnessWorks Foundation for a Culture of Life and co-authored a 2008 Bush administration rule giving healthcare providers the right to refuse to provide pregnancy care, including abortions. Lloyd even called for state legislators to require women to obtain permission from the father of the pregnancy before having an abortion in 2011, and alleged that birth control was a form of abortion that “tricked” men.

As a result, committee member Zoe Lofgren; Rep. Beto O’Rourke of Texas; Democratic Sens. Patty Murray, Diane Feinstein, Richard Blumenthal, and Bob Menendez; and more than 100 organizations, including the ACLU and Planned Parenthood; have sent letters to the acting Health and Human Services secretary denouncing Lloyd’s actions and asking for the cease of “undue and improper interference” on women’s healthcare.

“It’s extremely troubling to me, Mr. Lloyd, what’s happening,” Rep. Pramila Jayapal of Washington told Lloyd at the hearing. “I think you’re far overreaching over your expertise or your jurisdiction.”