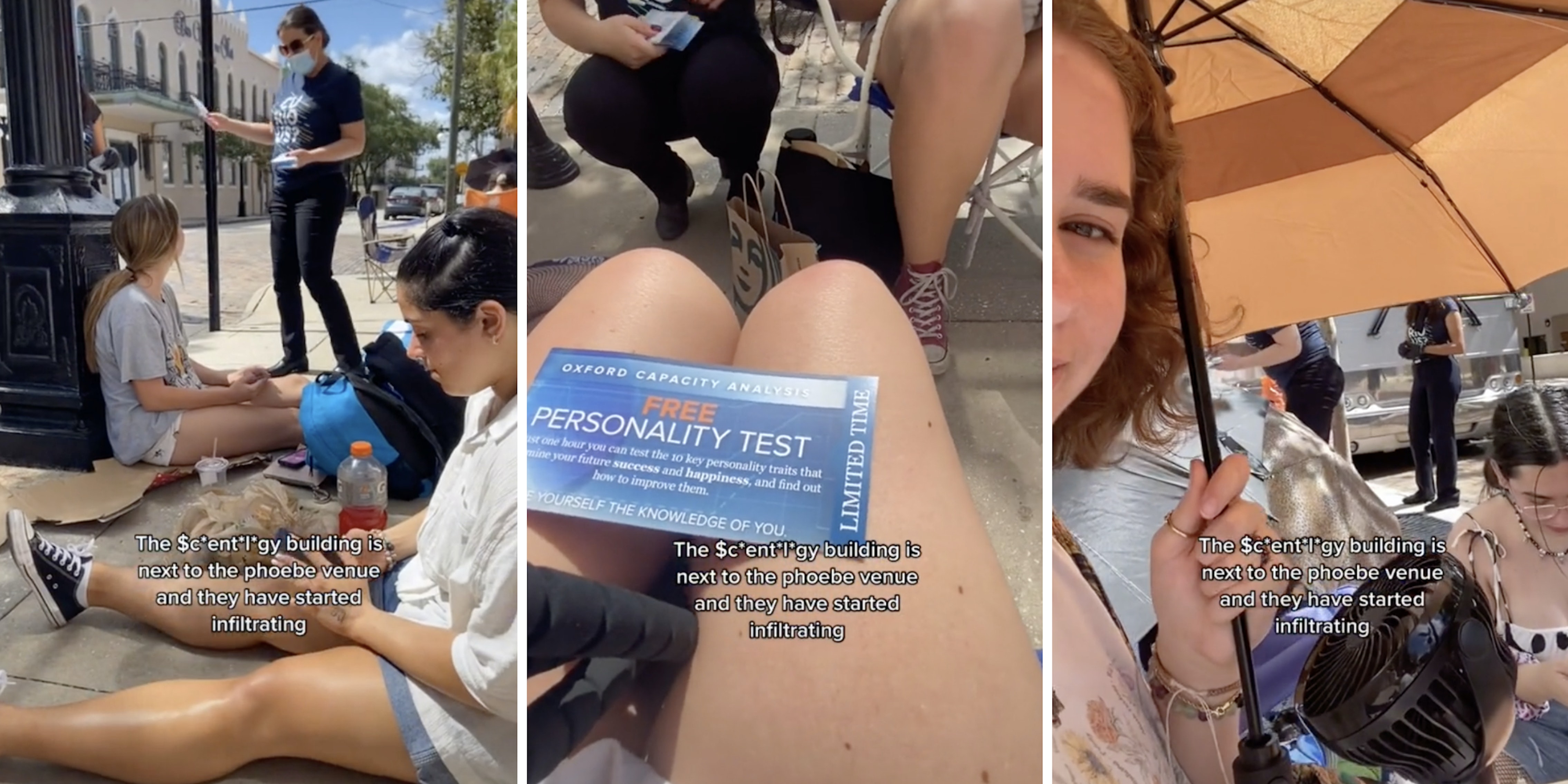 ‘Would not leave me alone’: People waiting outside the Phoebe Bridgers concert were recruited by Scientologists in Tampa

'They knew phoebe’s demographic and POUNCED.'

TikTokers are expressing their distaste for Scientology recruiters canvassing outside a concert venue in Tampa, Florida to hand out religious literature.

Live love Tampa! This is going in the scrapbook

Folks waiting to watch Phoebe Bridgers perform were handed vouchers for a “free personality test” at the Scientology center nearby.

Commenters on @cottagecoreboys’ viral TikTok post thought that the Scientologists’ canvassing of the area was funny and even shared their own interactions in dealing with “missionaries” of the religion.

One user said, “they once told me they’d hold my spot in line if i wanted to go check it out.”

Another joked, “phoebe set y’all up.”

A third commenter shared, “they stopped me in hollywood and would not leave me aloneee.”

Others were shocked at Scientology’s presence in the Tampa/Clearwater region.

One commenter shared, “when i came here i had no early idea how prevalent scientology was in clearwater + tampa area.”

Another remarked, “i was there at the concert last night and they gave me a card.”

Scientology was developed by L. Ron Hubbard, an American science fiction author, in 1953.

The religion has been subject to public scrutiny, notably so after Leah Remini: Scientology and the Aftermath aired. The series highlighted the actress’ struggles with the belief system and recruitment practices. The King of Queens star went on to say that members of the Church of Scientology spied on and followed her. She also levied a laundry list of accusations against the Church’s highest-profile member, Tom Cruise.

The Daily Dot has reached out to @cottagecoreboys on TikTok for further comment.