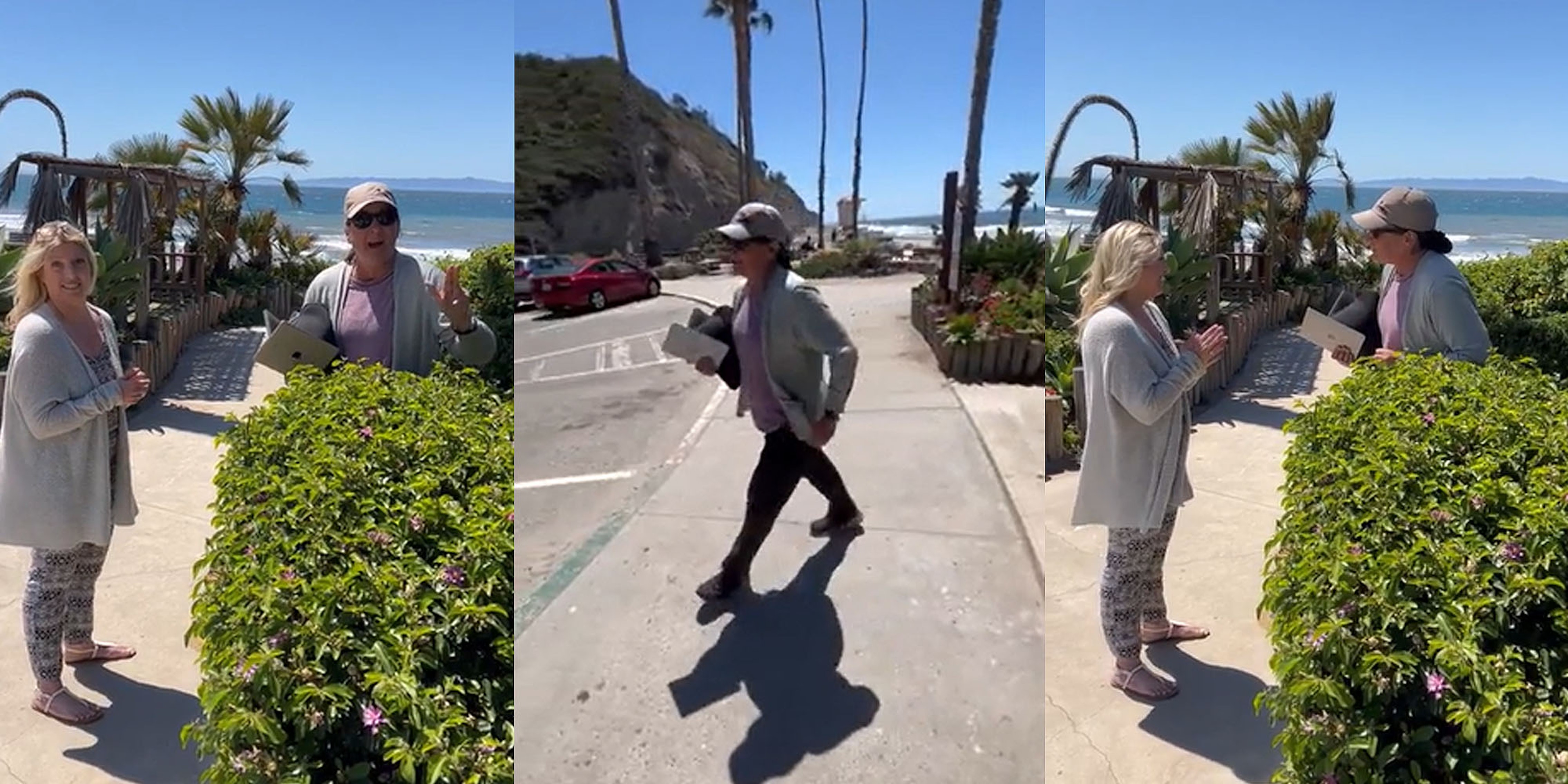 'This happens all the time. This person just got caught.'

A Karen was caught on video arguing with a restaurant manager after her card was allegedly declined at the restaurant the night before. The altercation took place at The Boathouse at Hendry’s Beach in Santa Barbara where an alleged employee recorded the situation.

According to the Reddit post where the five-minute video first went viral, the woman attempted to pay with PayPal after her card declined at the Boathouse. The restaurant allegedly kept her ID and asked the woman to return the next day with a proper payment method. The video shows the woman repeatedly asking for her ID from the manager, though the manager claims the tab wasn’t paid.

“It was paid though, ma’am and you rejected the payment,” the woman says. “What part of you rejecting the payment don’t you recall because I know it wasn’t you, it was your Dr. Phil.”

The woman then shifts her attention to the person recording, Ian Soleimani, a local DJ from Santa Barbara who had posted the video to his personal Instagram on May 11.

“Hi, one of four black men in Santa Barbara,” she tells him. “Oh, now I’m a racist, terrible person. Oh, sorry, just because you’re an obnoxious guy. It’s not your fault that you’re black, of course.”

“I’m against obnoxious people to be fair, not against black people,” she continues.

After going back and forth with the manager about her ID, the manager suggests to just “call it a day.” The woman then insists that she needs her stuff back.

“I made an effort to pay for that, I had three people offering to pay for that because I’ve been here for so long and I took his but I discontinued the other offers, and then suddenly that offer is not good enough for you?” she asks.

“That’s not true,” the manager replies.

“Oh now she’s Oprah and a psychic on top of it,” the woman says.

The woman then turns to Soleimani and once again mentions his race amidst sarcastically calling him Mother Theresa for recording.

“Again, don’t you have some fish to catch, African-American man?” she says. According to one of Soleimani’s comments on his Instagram post, he was wearing a Santa Barbara Fish Market sweater which may have prompted the woman’s fishing comments. “Don’t you want to go on a boat and do some African-American fishing?”

The manager then leaves to retrieve the ID and gives it back to the woman. She then tells her that she’s not allowed on the property again. Eventually, after further complaints to the manager, the woman leaves the establishment with her ID.

The Daily Dot spoke to Ian Soleimani, who said this type of event isn’t an isolated incident. “People have been kicked out of boathouse a few times for [racially] motivated comments towards myself unfortunately.  After experiencing stuff like that on and off for as long as that restaurant has been open, just doesn’t surprise me.  Just learned how to deal with it better,” says Soleimani.

“Lived here since 2003 and this happens all the time.  This person just got caught.  People think this doesn’t exist let alone here and it certainly does.”

While the woman’s identity could not be confirmed, Reddit user zzyzx66 said in the comments section that according to the restaurant manager’s husband, the woman was originally from Florida and was in fact named Karen.

Update 10:08 am CT, May 19: Reddit user zzyzx66 spoke to the Daily Dot about uploading the video to the Public Freakout subreddit. The user said, “I only post in PF if I think it’s going viral + hasn’t been seen by a mass audience.”

The user continues, “Pretty much everyone [was] against “Karen”.”