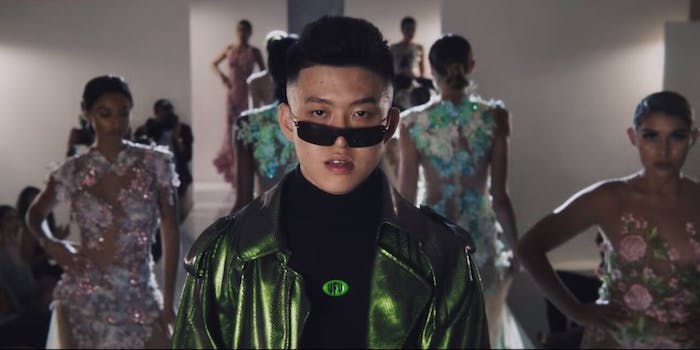 Rapper Rich Brian doesn’t have the most clean-cut history. His reputation got even dicier when screenshots of homophobic tweets from the Indonesian star recently resurfaced online.

The 20-year-old rapper, whose actual name is Brian Imanuel and who previously went by the stage name Rich Chigga, was the subject of the trending Twitter hashtag “#richbrianisoverparty” this week. The tweets that resurfaced show Imanuel repeatedly using slurs and making homophobic jokes.

Many users came to the rapper’s defense, saying he shouldn’t be faulted for tweets he wrote during his early to mid-teens. Imanuel rose to popularity from his eccentric YouTube videos and the viral music video “Dat $tick,” which features the rapper using the N-word.

Some pointed out that because English was not Imanuel’s first language, it’s possible he didn’t understand why the tweets were inappropriate at the time. Some also said that his conduct could have been a result of the environment he grew up in. Imanuel is from Indonesia, where anti-LGBTQ rhetoric from government officials is rampant.

On Wednesday, Loona and Imanuel were part of “ASIA RISING FOREVER,” an online music event hosted by 88rising, which represents Imanuel.

But while many users came to the rapper’s defense, some didn’t let Imanuel off the hook. Some argued he should be held accountable for his past behavior.

Imanuel did not immediately respond to the Daily Dot’s request for comment.