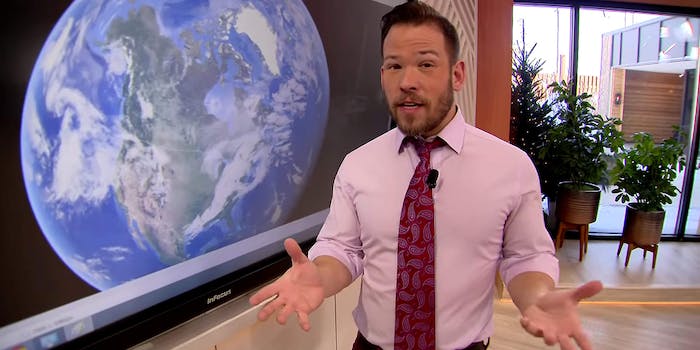 Sven Sundgaard, a former meteorologist for NBC affiliate KARE-TV in Minnesota, has been fired from the station on the grounds of violating “news ethics” and other policies.

Reactions to the post were plentiful and divisive—standing at over 6,000 comments at the time of writing. “I am on the side of science and Sven. Due to the poor ethics of KARE 11, I have decided to part ways with KARE 11,” wrote one observer in support of Sundgaard.

“It is important everyone does their part when working for a news station. I always enjoy Sven, but if he is violating policy, then it is your decision,” said another.

The post did not delve into specifics and instead simply stated that Sundgaard’s firing was “due to continued violations of KARE11’s news ethics.”

The inciting incident appears to be Sundgaard’s reposting of statements made by Rabbi Michael Adam Latz in response to an April 17 gathering of protesters demanding Minnesota reopen for business. In Latz’s post, he referred to those in attendance at a gathering outside of the Minnesota governor’s home as “white nationalist Nazi sympathizer gun fetishist miscreants.”

Sundgaard had been an employee of KARE11 for 14 years.