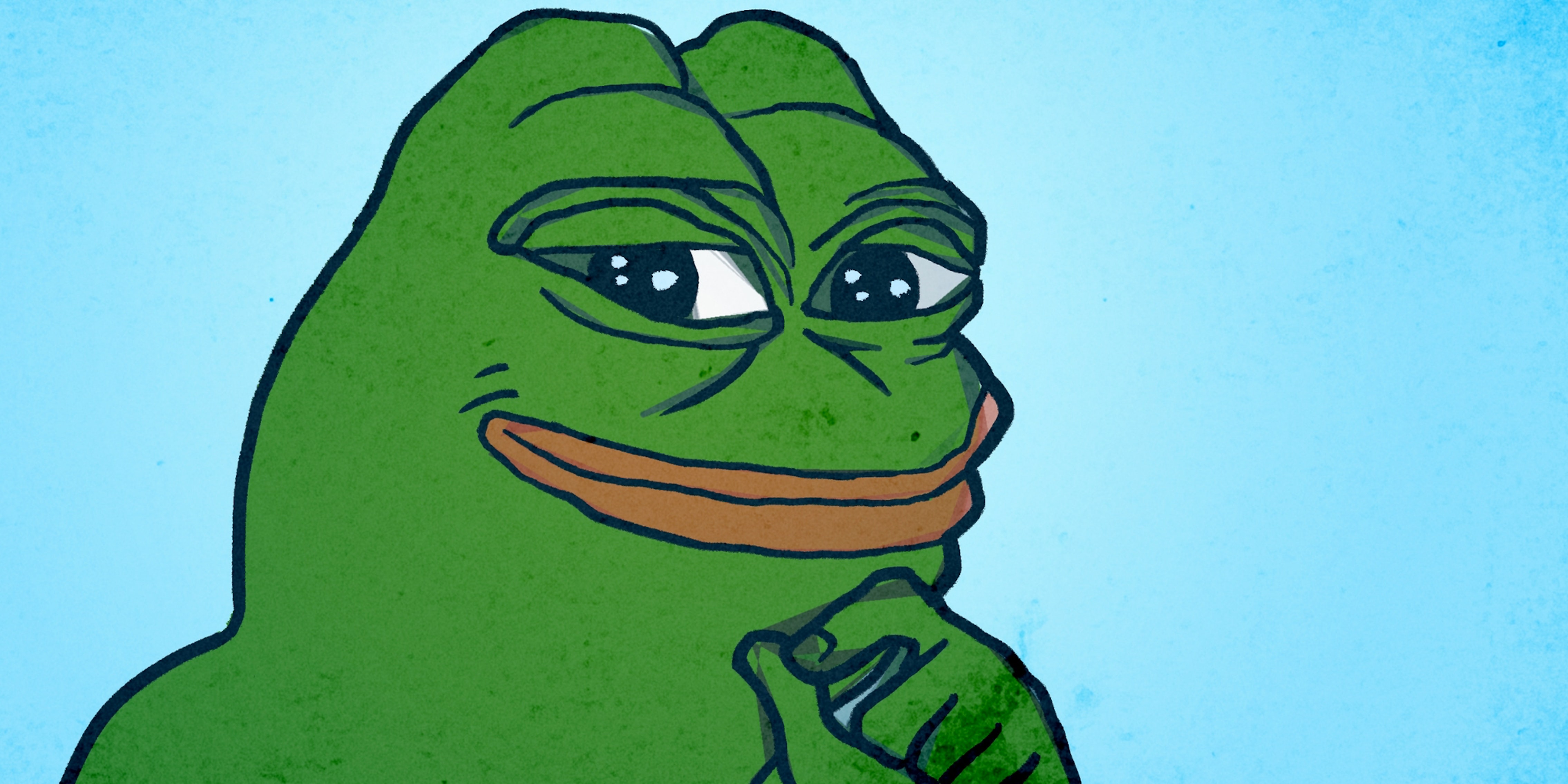 While waiting for her delayed flight in Washington, D.C., writer and abortion rights advocate Renee Bracey Sherman allegedly received an AirDrop invitation of a Pepe the frog meme on her laptop. Bracey Sherman says she turned on her Bluetooth so she could listen to music, and that enabled her AirDrop settings. She was surprised when she received the notification from a source named “Jacob’s Macbook Pro.”

“I don’t know anyone would would send that to me, so I freaked out a little,” Bracey Sherman told the Daily Dot via email. “It was quite unsettling and jarring to not only see this racist meme, but it was scary that it was showing up on my computer.”

I have my bluetooth on because I’m using my headphones, and White supremacist Jacob takes the opportunity to try to send me Pepe bullshit. pic.twitter.com/tQ1UmUBJSS

For many the once innocent, feel-good frog of the internet is now seen as a symbol of hate. Pepe’s creator Matt Furie decided to kill the 12-year-old meme after it was appropriated by the alt-right, a white supremacist and nationalist online group. After Pepe became a sort of mascot for pro-President Donald Trump, alt-right “degenerates,” Furie teamed up with the Anti-Defamation League to try and save the cartoon frog, but failed.

“As an activist on abortion rights and a Black woman, I receive quite a bit of online harassment, and I’m pretty familiar with the Pepe meme as a symbol of hate for the so-called alt-right white supremacists,” Bracey Sherman said.

As of this writing, the alleged sender of the meme, Jacob, has not been identified. The Daily Dot was unable to verify whether the meme was explicitly racist in language.

After seeing the AirDrop notification, Bracey Sherman decided to find and confront the sender. She searched the terminal for a man with a MacBook and found a man at the bar. According to Sherman, he had the Slack application open on his laptop, and in the corner read the name Jacob. She smiled and asked if his name was Jacob and if he had sent the Pepe meme. The man allegedly said yes. She then confronted him about why he sent the meme.

UPDATE: I found Jacob and his Mac Book Pro at the airport bar and cussed him out for sending me the Pepe image. https://t.co/Z8bCSc8qI6

He smiled when I approached asking if he was Jacob who sent the meme. At first he said he sent it to a bunch of people just for fun. pic.twitter.com/wHaLlROJnG

White supremacists like Jacob, you're on notice. It might be giggles with buddies online, but I will cuss you the fuck out like I did Jacob. pic.twitter.com/JKviTR6D6M

In response to Bracey Sherman’s thread on Twitter, many supported her for confronting the man, while others claimed she was being overly dramatic or playing the victim.

Thank you for shining a light on this insect.

And of course, some responded with Pepe.

Bracey Sherman said that she’s been in a number of situations where she has faced public harassment and tried to call out the perpetrators. Whether it’s street harassment, internet trolling, or memes sent straight to your laptop, the avenues to terrorize women are more easily accessible than ever before.

“I find that white men often threaten women and people of color in online spaces to terrorize us and remind us that white supremacy and misogyny are all around us, even when we’re in public spaces, and then gaslight us and act like cowards when they are called out,” Bracey Sherman said. “Racism is real, and this is one of the many ways it looks in the digital age.”