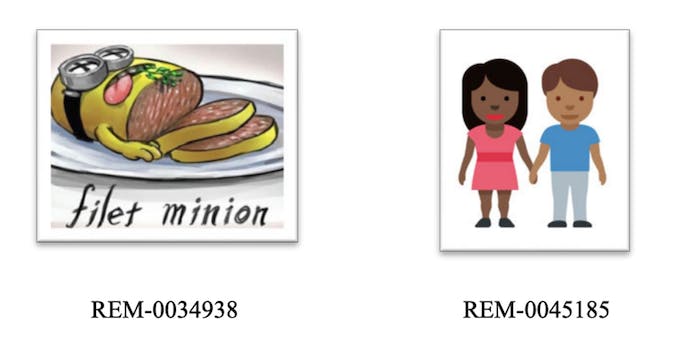 Remington Arms has been accused of stalling an ongoing lawsuit filed by the Sandy Hook families.

According to a complaint filed last week by the families’ lawyers in the Connecticut Superior Court, Remington previously informed the families “it was devoting extensive resources” to produce “substantial” documents for the discovery process. This was expected to include emails, copies of their AR-type rifle ads, market research, customer surveys, consumer studies, and more.

The discovery process is the formal exchange of information and evidence between parties in court, according to the American Bar Association. The process in this case has taken seven years.

The complaint continues to say, “Remington has instead made the plaintiffs wait years to receive cartoon images, gender reveal videos and duplicate copies of catalogues. There is no possible reasonable explanation for this conduct.”

A few of the 18,000 cartoons and 15,000 photos include an image of Santa Claus, a sliced-up minion from the Despicable Me franchise with the words “Filet Minion” written under it, and a drawing of a bowl of ice cream.

The bankrupted gun company manufactured the assault rifle used in the 2012 school shooting that killed 26 people, and a lawsuit was filed against them in 2014. NPR reported that the families who filed the suit alleged that the military-style weapon was “knowingly marketed and promoted… for use in assaults against human beings.”

Attorneys for the families allege Remington has been stalling the discovery process. Out of the 46,000 documents provided by Remington, the families’ attorneys have deemed a fraction as “useful.”

“Remington, it would seem, has spent the better part of seven years producing 6,606 potentially useful documents in response to the plaintiffs’ requests,” the complaint reads.

A representative for Remington did not immediately respond to the Daily Dot’s request for comment.

However, the lead attorney representing the arms company, James Vogts, told the Connecticut Post on Tuesday, “(Remington) will respond to this motion in the coming weeks, and point out what it believes are incorrect representations, numerous half-truths, and important omissions by (families’) counsel.”

The attorneys for the families wrote in the complaint that they understood precisely what the company’s apparent strategy is. “Remington’s … effort to lard its document production with cartoons and duplicate catalogues sends a strong message about the real motive here,” the attorneys write. “Remington is desperate to avoid a true review of the internal and external communications detailing its abusive marketing practices.”