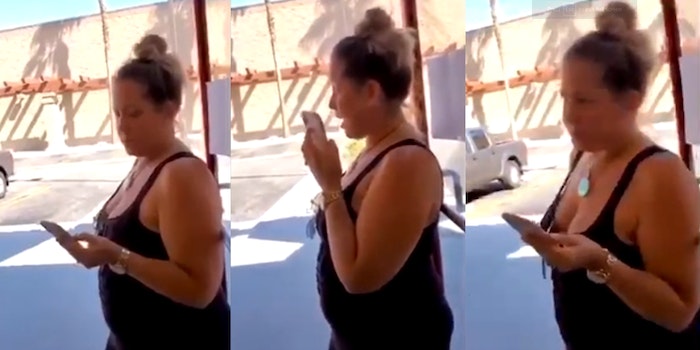 She also claims to have a 'medical exemption.'

A new Reddit video shows one of the most insufferable types of Karens—the “Religious Rights Karen”—calling 911 and claiming she was being oppressed because she was denied service at a pet store for refusing to wear a mask.