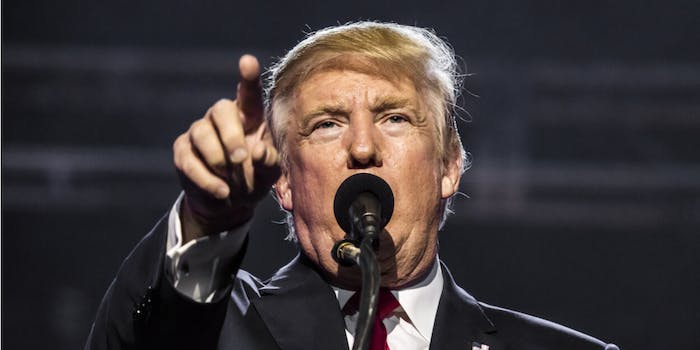 Trump supporters claim Reddit is staging a coup against The_Donald

Members of the Reddit subforum r/The_Donald are claiming that Reddit officials are staging a coup against their community.

The controversial subreddit has been quarantined since last year due to “repeated misbehavior.” According to a notice on the r/The_Donald homepage, this means the subreddit is “restricted due to significant issues with reporting and addressing violations of Reddit’s rules against violence and other aspects of the Content Policy.” Users have to confirm they want to view the content behind this wall.

“In the last 24 hours Reddit has begun sitewide banning people for even upvoting wrongthink, and has begun removing TheDonald mods to replace with who knows,” one Twitter user wrote on Tuesday. In another tweet, the user said, “Reddit has begun the full takeover of The_Donald.”

Some forum regulars and Twitter users have called for the community to move to independent pro-Trump websites. Supporters are lamenting their loss of platform, claiming it to be a matter of free speech.

“We literally cannot have anything anymore,” redditor savage4082 wrote. “Anytime we have a platform to speak whether it be on social media, college campuses, or even just out in public, these assholes attack us and our free speech until the platform is taken away by any means necessary.”

A few users have even called the potential takeover of r/The_Donald an act of “fascism.”

“The real fascists are those who use every single ounce of their being to control and punish those who dare speak against their message,” savage4082 continued. “There’s only one side who does this in the United States and that is the left. This is simply another example.”

Other users have argued in support of Reddit’s clamp down on the forum’s moderators.

“Reddit hates The_Donald and wants it gone,” user @brodie_cris’ tweeted. “As a private company its free to do whatever it pleases.”

BuzzFeed journalist Ryan Broderick, who reports on the far-right and fringe online communities, said the subreddit is an important political record.

“If r/The_Donald goes down, I hope someone is able to save a complete backup of it and makes the data public,” he tweeted. “The sub is probably one of the most complete documents of this era in modern politics.”

Others are eager for its removal. “Reddit admins are bending over backwards to not ban /r/The_Donald,” Twitter user @NigmaNoname wrote. “Just ban it already.”