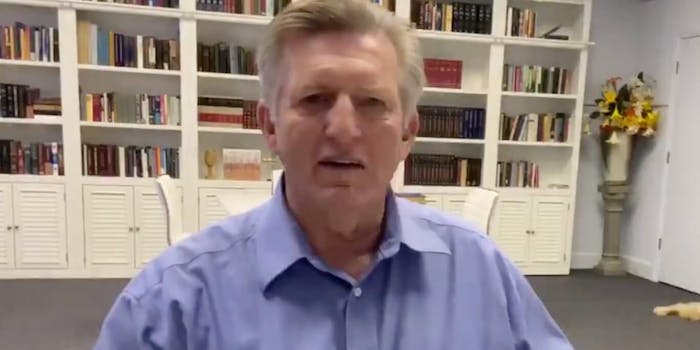 The website published articles about God’s 'desire' for Jewish people to 'return to him.'

TruNews, which brands itself as “uncensored” and providing “real news,” was banned Thursday, according to the channel’s tweet.

The channel was not available on YouTube when the Daily Dot ran a search on Tuesday, though some TruNews videos were still available through other channels.

Rick Wiles, a pastor from Florida who founded TruNews, said in November said that the impeachment of President Donald Trump was the effort of a “Jew coup.”

“That’s the way the Jews work,” Wiles said in the video shared by Israeli news site Haaretz. “They are deceivers. They plot, they lie, they do whatever they have to do to accomplish their political agenda.”

YouTube removed the anti-Semitic video after it received close to 20,000 views. YouTube had previously placed issued temporary bans on the TruNews channel, according to Newsweek.

The website has published articles about God’s “desire” for Jewish people to “return to him,” inciting panic about the Coronavirus infecting airport personnel, and warning of “sexual immorality” in a “Biblical warning of end of age” for the new decade.