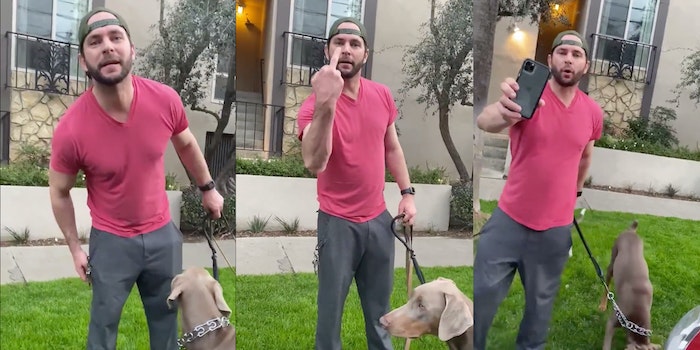 Viewers suspect the man was inebriated.

A Los Angeles woman managed to capture a belligerent man’s racist tirade after he approached her, unprovoked, on the street.