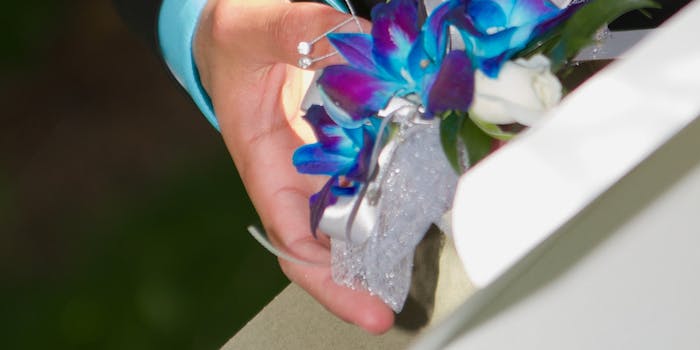 The only thing more obnoxious than a promposal? A racist one.

Is there anything worse than a cutesy promposal? As it turns out, there is: a racist one.

A student at Chandler High School in Arizona recently tweeted a photo of the wildly offensive and racist way she was asked to prom. 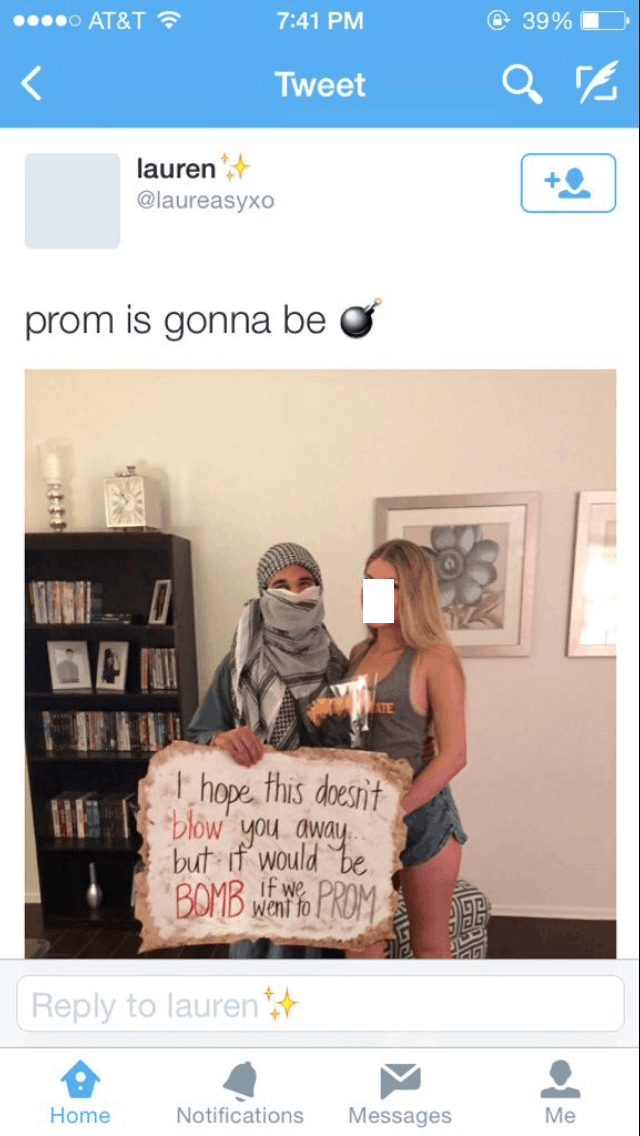 The tweet has since been deleted, as has the account that originally sent the photo. But not before a screengrab was taken and shared on Tumblr, where it immediately went viral.

After figuring out what high school the young woman in the photo attended, Tumblr users urged each other to contact her principal. “Don’t let spoiled white kids turn the deaths of millions of middle easterns [sic] into a joke,” user bengali-babe wrote.

I am aware of this situation and we are conducting a thorough investigation.  As such, we will be reviewing our Student Code of Conduct to ensure an appropriate and fair consequence.  As in all cases of student discipline we adhere to district policy and student privacy rights.

The Chandler High School student handbook outlines “improper behavior” that students may not engage in. That includes “conduct or speech that violates commonly accepted standards of the District and that, under the circumstances, has no redeeming social value.”

The handbook also says that “any student who violates these policies and regulations may be subject to discipline up to expulsion, in addition to other civil and criminal prosecution.”

Another Tumblr called Stop White People Forever recently shared a screengrab of a tweet from a young white woman who asked a black classmate to prom. In the photo, the young man holds a watermelon with the word “Prom?” written on it in black marker. 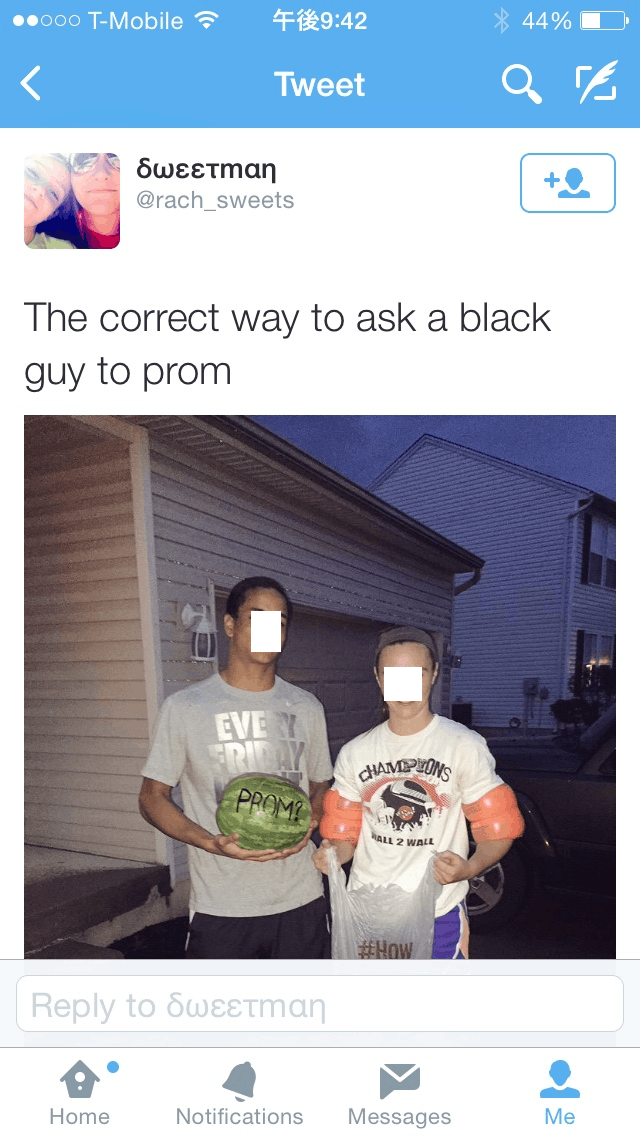 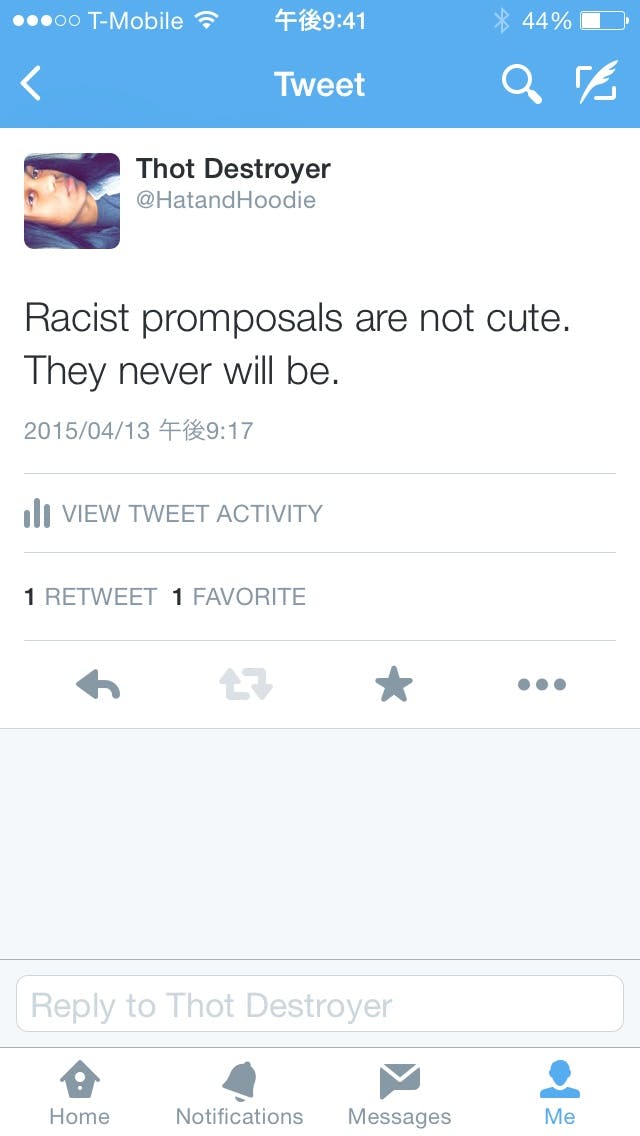