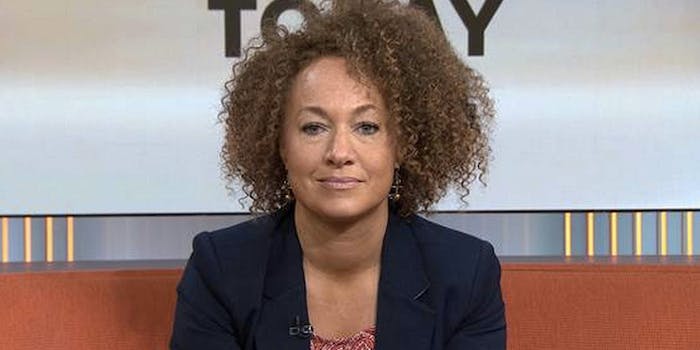 Rachel Dolezal on the ‘Today Show’: ‘I identify as black’

The former NAACP chapter president sat down with Matt Lauer for her first interview.

Rachel Dolezal, the former Spokane NAACP president who stepped down Monday amid speculation that she lied about being black, made her first public appearance on Tuesday in an interview with Matt Lauer.

Dolezal stopped by the New York studio of The Today Show in a live interview with Lauer to discuss the questions that have been swirling around about her identity since the story broke on Thursday.

“The timing of it was a shock,” she told Lauer. But she admitted “I did feel that at some point I would have to address the complexity of my identity.”

Questions about Dolezal’s race popped up after her mother, Ruth, told the Spokesman-Review that Rachel was of Czech, Swedish and German descent. Nowhere in her bloodline was there African heritage, despite her telling a local news station “We’re all from the African continent.”

When Lauer pressed her on Monday to say if she was “African American,” she replied, “I identify as black.”

After seeing the now infamous side-by-side photos of Dolezal as a younger woman and her now darker, 37-year-old self, the question on everyone’s lips has been, when did this evolution begin?

Dolezal told Lauer that it started when she was living and working in Colorado, where she began identifying as “transracial.” Some local news reports erroneously referred to her as black. “I didn’t correct them,” she told him. 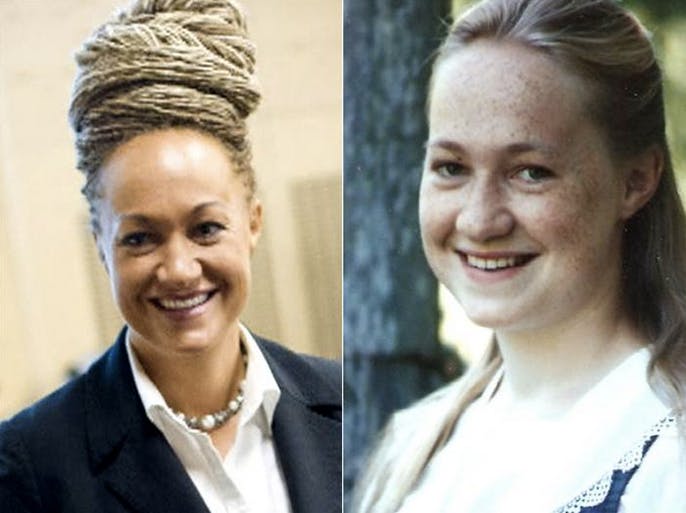 But ultimately, she told Lauer, if she could do it all again, she’d make the same decisions. “There are probably a couple of interviews that I’d deal with differently, in retrospect, if I knew what I knew now,” she said.

And it seems the most important judges are her sons. “Mom, racially you’re human,” one of them told her. “Culturally, you’re black.”