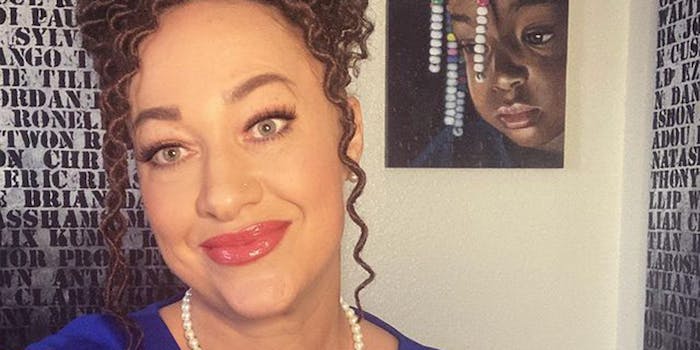 'Her feet white as hell.'

Rachel Dolezal announced on Instagram on Wednesday that she has joined OnlyFans, a subscription-based site made popular by adult creators, and the internet is not taking the news lightly.

Dolezal is a former Howard University professor who was outed in 2015 for posing as Black, as confirmed by her caucasian parents. She’s been criticized for identifying as “transracial.”

“Just subbed to Rachel Dolezal’s OnlyFans and her feet white as hell,” one Twitter user wrote.

Many have drawn parallels between Dolezal’s announcement of her account and OnlyFans’ impending ban of pornography. Bloomberg reported on Thursday that the company said it’s evolving its content guidelines “to ensure the long-term sustainability of our platform, and continue to host an inclusive community of creators and fans.”

OnlyFans is also trying to get funds from outside investors, and Bloomberg speculated that being a major destination for online sex work isn’t helping the company to accomplish its goals.

“It’s no coincidence that OnlyFans is ending their sexually explicit content days after Rachel Dolezal gets an account,” comedian Marcella Arguello tweeted. Other users made similar comments.

Jokes aside, many noted taht those most affected by OnlyFans’s changes are sex workers and/or people who post pornographic content who make a majority of their income off the platform.

“Onlyfans catered their platform almost exclusively to sex workers, built their wealth and popularity off the backs of sex workers, and within only a year ditched the creators who made their empire so they can cater to banks,” one user wrote in a tweet with over 27,000 likes. “Even if you don’t use the site you should be pissed.”