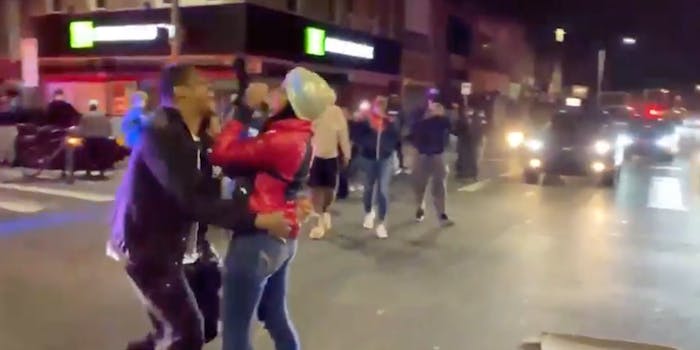 A man proposed to his girlfriend of eight years at a Black Lives Matter protest in Philadelphia Tuesday night. She said yes.

Maurice Small got down on one knee to pop the question right in front of a line of police officers. Both his girlfriend, Tenesha Pennington, and the officers seemed shocked to say the least.

The crowd of protesters stopped briefly to cheer for the newly engaged couple.

The engagement happened during the second night of protests in West Philadelphia following the death of Walter Wallace Jr., a Black man who was shot and killed by police officers Monday afternoon. His family said Wallace struggled with mental illness.

So far, the protests have led to 30 police officers being injured. And one engagement.