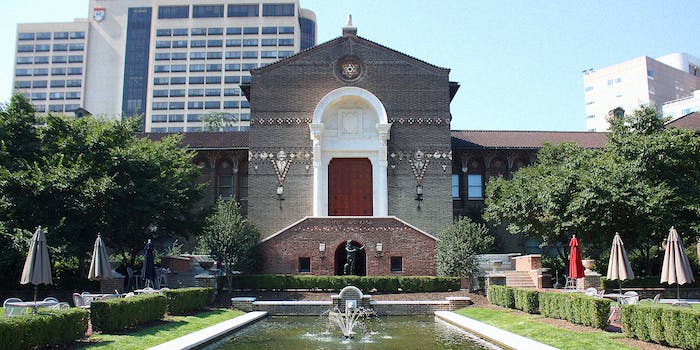 'White supremacists like to keep the body parts of Black people they have killed as souvenirs.'

After the MOVE bombing in 1985, when the Philadelphia Police Department killed 11 adults and five children by dropping a bomb on a house, two of the children’s bodies were handed over for analysis to a forensic anthropologist. To the horror of online activists, he never gave them back.

MOVE is a Black liberation and environmentalist group that was designated a terrorist organization by former Philadelphia Police Commissioner Gregore J. Sambor and Mayor Wilson Goode.

The bombing was the culmination of a siege in which tear gas, water cannons, and 10,000 rounds of ammunition were fired on the house that had 12 adult MOVE members and six children inside. The bomb set the house on fire, and the commissioner prevented firefighters from responding, reportedly ordering them to “let the fire burn.”

As a result, the fire raged out of control, killing all but two of the people inside before burning down 61 homes in the predominantly Black neighborhood before it was finally extinguished.

The alleged purpose of the bombing was to drive the residents out so they could be arrested. However, Ramona Africa, the only adult survivor, said that the other residents, including the five children who died, were prevented from leaving their burning home by gunfire from the police, something the police deny.

Since then, the survivors’ and victims’ families have been awarded $5.5 million between them. Former Mayor Wilson Goode has repeatedly publicly apologized, naming the attack as an “atrocity” for which there can “never be an excuse.”

It’s now been discovered that the bodies of two children killed in the bombing, identified as 14-year-old Tree and 12-year-old Delisha, were never returned to their families.

The bones ended up in the custody of professor Alan Mann at the University of Pennsylvania Museum of Archaeology and Anthropology, according to news site Billy Penn. The mayor created the MOVE Commission to investigate the bombing and asked Mann to double-check the findings of their own forensic scientist and confirm the identities of the bodies.

Film producer and activist Tariq Nasheed brought attention to the news about the bombing remains in a tweet on Wednesday.

“I have told people how white supremacists like to keep the body parts of Black people they have killed as souvenirs,” Nasheed wrote.

Because Mann, his graduate student Janet Monge, and the original scientist were unable to come to an agreement about the identity of the remains, Mann kept them, periodically subjecting them to further investigation in an attempt to resolve the disagreement.

Mann kept the remains in his possession for over 30 years, taking them with him when he left the museum to work at Princeton University. Mann brought them back to the museum in 2016 for another round of investigation alongside Monge, who was now department curator, ending in 2019.

When the existence of the bones came to light this week, there was some confusion about who had them. A museum spokesperson said they’d been returned to Princeton, but Princeton denied all knowledge of them. Princeton’s anthropology chair, Carolyn Rouse, said it was possible that Mann had the remains in his lab but that, “I don’t know exactly what’s in that room. Nobody knows what’s in the lab but them.”

However, it seems that Mann is once again in possession of the remains, with the confusion a result of his status as emeritus professor at Princeton. While retaining an honorary emeritus title as a Princeton professor, Mann retired in 2015, and the bones were returned to his individual custody on Saturday rather than the university itself.

Despite the relief of knowing where the remains are and that they aren’t lost, surviving members of the MOVE family and the Black community are furious over the treatment of the bones and that they weren’t returned to their families for burial.

An anonymous source within the museum told Billy Penn that the remains were stored in a cardboard box instead of a climate-controlled environment, and that “human remains are often used as props and curiosities in the physical anthropology section.”

Speaking to the Inquirer, Mike Africa Jr. said, “How would they feel if somebody got one of their babies and studied it? Think about that for a second—somebody just burned the baby up and now they put it in a drawer.”

A spokesperson for the Philadelphia Department of Public Health told the Daily Dot that it’s investigating archives related to the case.

“It is the policy of our current Medical Examiner to only release remains at the direction of the next of kin,” the spokesperson said.

It’s not the first controversy surrounding the remains of MOVE bombing victims. Bodies of the adult victims were left decomposing in a morgue for six months before being returned to their families for burial.

The University of Pennsylvania Museum of Archaeology and Anthropology was also previously criticized for its treatment of African American remains. Last month, it apologized and promised for its Morton Collection, 1,300 skulls collected by a “race scientist” that include skulls from enslaved Africans and those dug up from Black paupers’ graves.

“I’m very aware of the profoundness of the MOVE thing. But nobody has been asking about the MOVE remains … There’s no conspiracy here,” Rouse said. “It’s just that this is now just becoming a thing.”

Meanwhile, Africa, is calling for a public apology and “some kind of restitution” along with notification of the remains to the surviving family members.

The University of Pennsylvania Museum of Archaeology and Anthropology did not immediately respond to the Daily Dot’s request for comment.