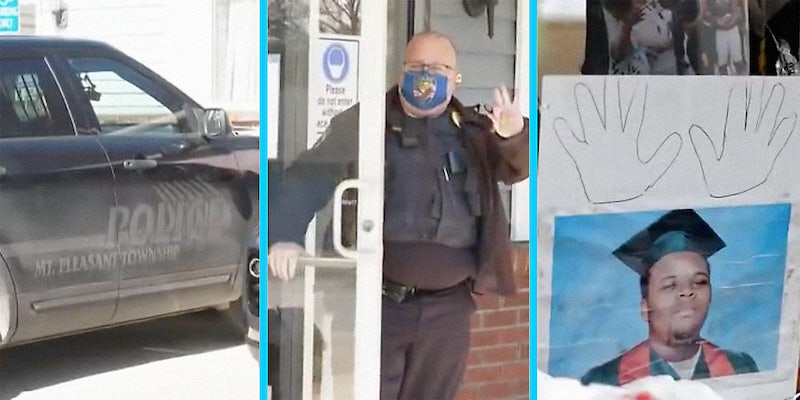 While many of group posts discussed the everyday grind of being Pittsburgh police officers, AP reports that during the four-year existence of the now-deleted group, a minority of members increasingly shared posts in support of former President Donald Trump and against liberals.

AP reports that among the over 2,200 members, there were police chiefs plus at least one judge and one councilman.

One notable post involved Tim Huschak, an officer in Pennsylvania’s Lincoln Police Department. Huschak posted a screenshot of an Allegheny County 911 dispatcher’s Facebook page that said “Blue Lives Matter” was not comparable to “Black Lives Matter” because policing is a career choice.

“Many negative posts on police,” Huschak reportedly commented. “And we should trust her with our lives???” Others allegedly attempted to have the dispatcher fired.

Officers also made fun of former Pennsylvania Health Secretary Rachel Levine, who is transgender. Officers referred to Levine “as ‘he’ or ‘it'” and called he a “freak” and other names. “Someone needs to shoot this thing!!” one retired officer wrote.

Mount Pleasant Township Police Chief Lou McQuillan, listed by AP as one of the group administrators, allegedly posted an article in 2017 relating the civil settlement judgment in police death of Michael Brown in Ferguson, Missouri. He said of an award given to Brown’s family: “Future earnings? lol What about Ofc [Officer] Wilson? What about his lost earnings? Joke.”

Other officers allegedly replied that Brown’s earnings would’ve come from criminal activity or government welfare checks. One officer posted the theme song from the Black-led TV show The Jeffersons.

According to WCAU, in a response to the AP, McQuillan stated: “Of course, I regret the loss of any life. My comments and posts from four years ago were meant to support law enforcement and police officers everywhere.”