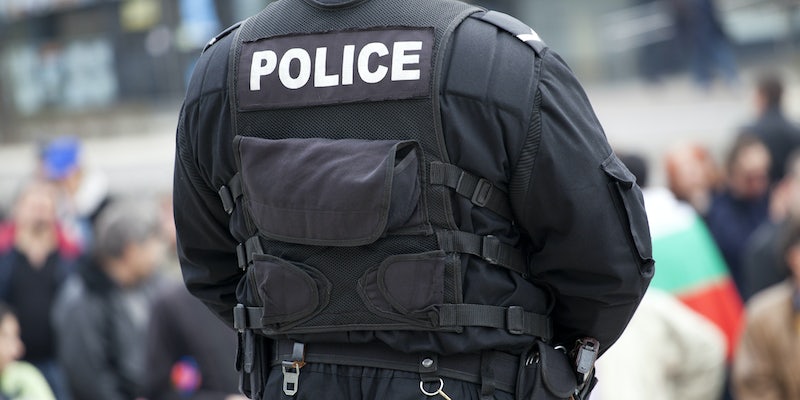 The officer in question is reportedly on leave.

An officer with the Los Angeles Police Department is under investigation after he was allegedly caught on his own body camera footage touching a dead woman’s breasts.

A spokesperson for the police department told BuzzFeed News that the officer in question is on leave but declined to comment further given the ongoing investigation.

According to the Los Angeles Times, the incident occurred when an officer and his partner responded to reports of a possible dead woman in a home. After one of the two officers determined that the woman was dead, one of the officers ran to his patrol car to retrieve something. During that time, the accused officer turned off his body camera and reportedly fondled the woman’s breasts.

Although the camera was deactivated, a two-minute buffer on the device captured the incident.

“We immediately launched an administrative investigation once we learned about the incident,” Rubenstein told the Times, “and we assigned the officer to home.”

In a statement, the Los Angeles Police Protective League said that if the allegation against the officer is true, it’s “not only wrong, but extremely disturbing, and does not align with the values we, as police officers, hold dear.”

“These values include respect and reverence for the deceased,” the union statement continued. “This behavior has no place in law enforcement.”