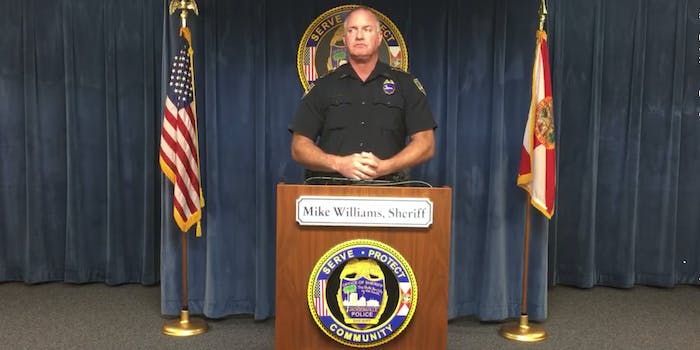 Cop bribes robbery victim with their own possessions—for nudes

He was charged with bribery, a second-degree felony.

Florida police officer Brian Pace was charged with bribery, authorities announced Monday. The bribery charge followed an incident in which Pace told a victim of theft that her stolen items would be returned if she reciprocated with “inappropriate photographs,” according to authorities.

The victim initially called the department in early May, following the theft of several personal items, including a cellphone. Pace later reached out to the woman and proposed the inappropriate exchange. He was caught following an attempt to meet with the victim in person to supposedly return her stolen items.

According to a press conference with undersheriff Pat Ivey, the woman reported Pace’s abuse to the department earlier this month, prompting an investigation.

Pace, an 11-year veteran of the Jacksonville Police Department, resigned from the force prior to his arrest. He has been charged with one count of bribery, a second-degree felony.

As noted by Ivey, Pace is the seventh employee arrested by the JPD in 2020. “He is the third police officer, there were two corrections officers and two civilians.” He went on to explain, during the press conference, that three employees of the department were arrested in 2019, and “in 2017 and 2018 you had between nine and 11, average.”