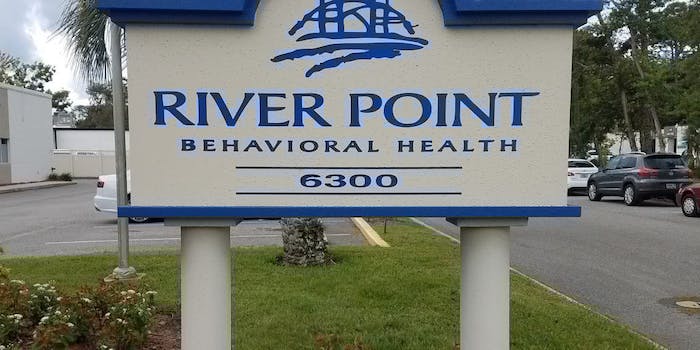 A 6-year-old student with special needs at a school in Jacksonville, Florida, was reportedly placed in a psychiatric facility for two days after throwing a what her mom called a “tantrum” on Feb. 4, according to multiple reports.

Newly-released body camera footage from the police officers called to address the situation shows the child acting calm and cooperative. One of the officers described the child as “pleasant.”

The child with special needs, who has not been named, was sent to the River Point Behavioral Health Center from Love Grove Elementary School.

Her mother, Martina Falk, said the 6-year-old has ADHD and a mood disorder, according to the Florida-Times Union. She was taken to the psychiatric facility under the Baker Act in Florida, which allows an individual to be placed at a psychiatric facility if they’re considered a threat to themselves or someone around them.

The law, according to the Tampa Bay Times, has taken “thousands” of students from schools in Florida and is so easily manipulated or taken advantage of that there’s a whole website dedicated to how people should navigate it when it’s being used “illegally.”

Body camera footage shows the officers responsible for transferring the kindergarten student to the psychiatric facility. In the video, it appears that the child was calm, and an officer suspected out loud that school officials instigated her.

“Is this your first time riding?” the officer is heard asking the 6-year-old.

“Yeah,” says the child from the back. “Do you have snacks?”

“No, I don’t have any snacks. I wish I did, I’m sorry,” the officer responds. “Next time I see you I’ll make sure some snacks, OK.”

“But you better be being good next time I see you, OK? You can’t be throwing chairs.”

Then, the officer is heard saying to someone else, “I don’t see her acting how they say it. She’s been actually very pleasant.”

“I think it’s more of them just not knowing how to deal with it,” another person says to the officer.

“Yeah I think they’re pushing the buttons ’cause when I got there she’s been so cooperative with me,” the officer responds.

Another version of the body camera footage shared by NowThis shows the student being cooperative and calm as she’s being escorted out of the school.

“Is I going to jail?” she’s heard asking.

Falk is now demanding answers and working with her lawyers.

“As a mother I feel helpless,” Falk said at a press briefing as she wept.

In an emailed statement to the Daily Dot, a communications representative for Duval County Public Schools said school officials contact third-party mental health professionals in situations where a student is “at risk of doing harm to oneself or to others.”

The representative said an employee of Child Guidance, a crisis response mental health service, made the decision to transfer the 6-year-old to admit the student to a psychiatric facility. The representative also said that the police officers seen in the video “were not present” for the child’s tantrum.