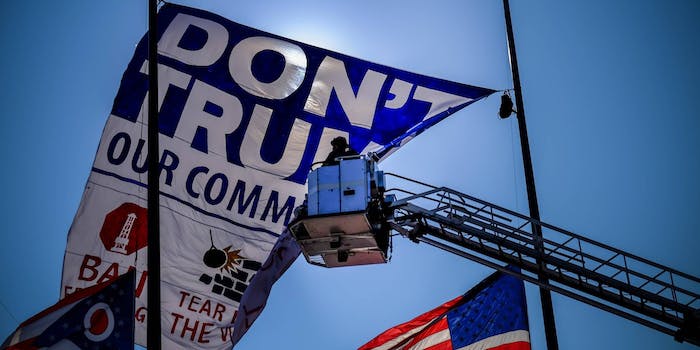 There are 'a lot of moving parts,' says Cleveland's police chief.

After the recent acts of violence targeting law enforcement this month, it’s no surprise the largest demographic at the Republican National Convention this year is blue.

The Cleveland police union, in the wake of the tragic murders of three officers in Baton Rouge, Louisiana, requested patrolling officers be allowed to work in groups, particularly when venturing outside the downtown security zones. That appears to be exactly what happened—except the groups are a little larger than one might have expected.

More than 500 Cleveland police officers are guarding the downtown area, which has been divided in quarters by patrols. Thousands of outside officers have also been deployed, though their supervisors report directly to Cleveland P.D. “We want to put the agencies that are assisting us in the least amount of vulnerability as possible, as far as arrests,” Cleveland’s police chief, Calvin Williams, told reporters last week.

There have been few arrests, however. Police nabbed three perpetrators early Tuesday morning after a group of climbers hung a banner outside the Rock and Roll Hall of Fame. The display was meant to oppose fracking and to support immigrant rights. The banner, which was promptly removed by the Cleveland Fire Department, reportedly read: “Don’t Trump Our Communities.” 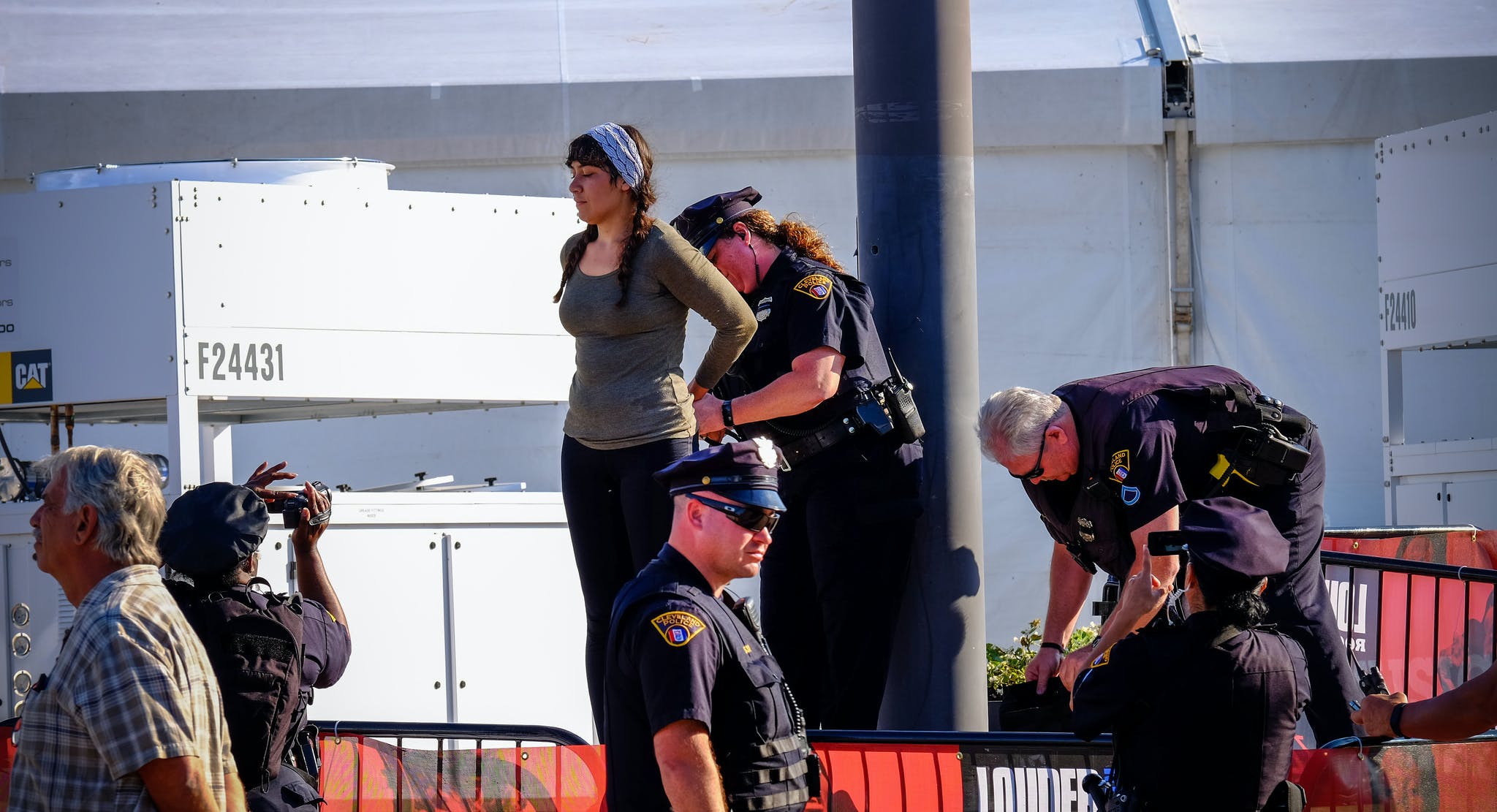 Williams sounded pretty satisfied Tuesday morning, noting only five arrests had been necessary thus far. Arrest No. 1 took place on Monday after an event-goer allegedly tried to steal a police officer’s gas mask. A second person was arrested for an outstanding warrant near Speaker’s Corner.

“All in all, not a bad day,” said Williams. “Lots of things going on, lots of moving parts.”

But as for why things have remained so calm, well, it appears there is little choice. The police in downtown Cleveland—many of them appearing almost sci-fi in their blacked-out mountain biking gear—outnumber any other group, including journalists, of which there are reportedly 15,000 in the area. By sheer force of numbers, the cops are keeping things on an even keel.

Cornel West is speaking at the #RNCinCLE protests, but police blocked me from trying to move closer to hear him pic.twitter.com/vLQQ9aFnTV

So. Many. Bike cops. These men and women are helping to protect demonstrations around #Cleveland all week. #RNCinCLE pic.twitter.com/YHx4xCmWBu

Tons of cops, and they are swarming.

Tons of cops on Euclid, overheard one saying they were looking for a "couple anarchists" #RNCinCLE

Slate is reporting there is an armed Muslim in #publicsquare and cops are everywhere! pic.twitter.com/ZvHqPYb1X2

One thing is for sure, they outnumber protesters wherever they go:

Trying to get to #RNCinCLE opening night party with the Doobie Brothers. Police outnumber pockets of protesters. pic.twitter.com/bySajNNruv

And it’s kind of hard to kick off an angry protest with all these cops around.