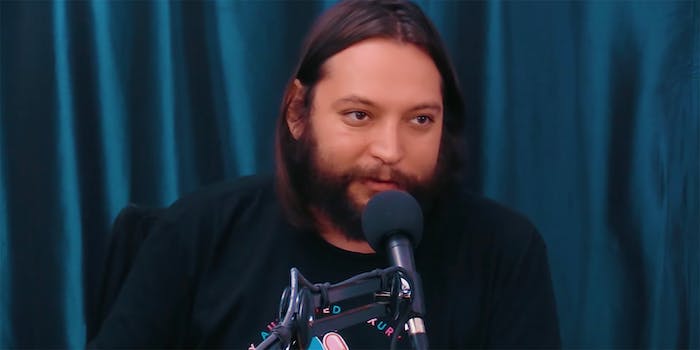 Flores, a standup comedian and co-host of the “gothic socialist podcast” alongside Anders Lee and Alex Ptak, shared the details of the video on Twitter on Wednesday.

“I don’t understand the point that is being made by doing this, Luis Gomez is literally on film sucking [comedian] Robert Kelly’s dick, presumably so something funny would finally come out of his mouth,” Flores continued. “Obviously we’re all degenerates.”

Flores insisted that while the alleged leak was “incredibly cruel and sadistic,” he was unbothered because he is no longer insecure about his sexuality and now has “much better reasons to want to kill myself, like the economy.”