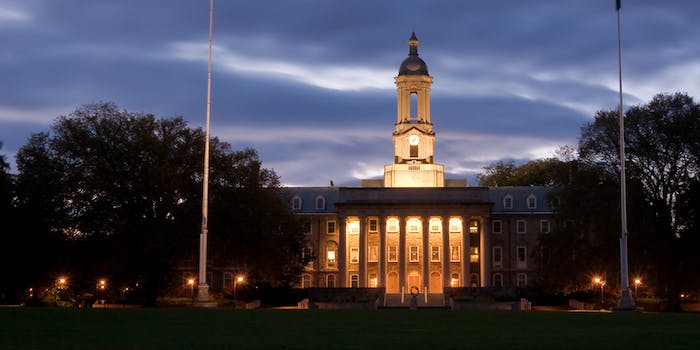 Can we ban Greek life yet?

Anyone who disputes the notion that fraternities are the foulest stain on the American college landscape—incubators for rape culture, racism, drug empires, and bagel thievery—now has another crop of idiot man-boys to defend.

Pennsylvania State University just announced the suspension of its Kappa Delta Rho chapter after it emerged that the fraternity ran private Facebook pages with images of contraband, pledge hazing, and sleeping nude women, the latter obviously posted without consent.

It remains unclear whether the 150 members (a mix of current students and alumni) will face more than a slap on the wrist.

Penn State’s Interfraternity Council suspended the frat and noted that “[u]pon completion of all investigation into this matter, Kappa Delta Rho will be summoned by the IFC to undergo a conduct review session.”

In other words: College kids, dissatisfied with the hollow thrills of merely indulging their baser instincts, will continue to put the evidence online.