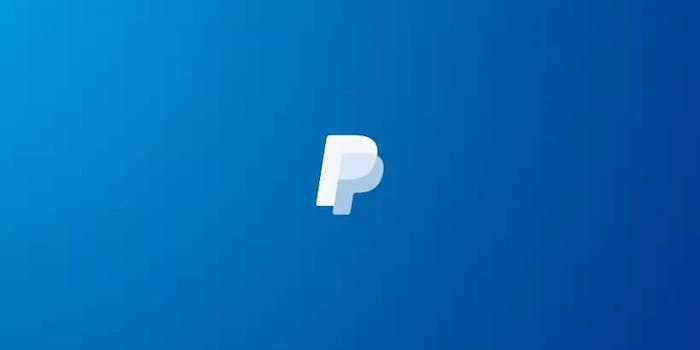 Author Ijeoma Oluo said the company keeps hanging up on her.

Author and speaker Ijeoma Oluo says her PayPal account was suspended after she tried to send money to artists who were losing gigs due to coronavirus.

“So we’ve been sending money out to artists from our fundraiser and PayPal has frozen my accounts due to ‘suspicious activity,’” she wrote in a tweet on Thursday.

The issue came on the day Broadway shows and theaters announced they were closing amid increasing coronavirus outbreaks.

With artists’ gigs falling through left and right, the So You Want To Talk About Race author said she was just trying to help fellow artists.

But after she made 17 payments, PayPal suspended her account due to “suspicious activity,” according to Oluo. By Friday, Oluo said the company seemingly lifted her account restriction but that she’s still unable to use her PayPal funds.

“This has stopped me from being able to send assistance to artists in need due to massive event cancelations in the Seattle area caused by the COVID-19 outbreak,” she told the Daily Dot.

Apparently she isn’t the only person who has experienced this. Twitter user @susen23 said her husband is unable to send money via PayPal.

“He sent money on a regular basis from the US to the UK and PayPal froze his account due to suspicious activity,” @susen23 wrote. “They said they suspected he was money laundering!”

Oluo says she’s heard from some other Twitter users who are also frustrated with PayPal’s service.

Oluo says she is looking for ways to pay the artists through other platforms.

PayPal told her the issue would likely be resolved in 24 hours, but as of Friday evening, it hadn’t. Oluo said at the time of publication that PayPal was either not responding to her or hanging up when she asked to speak to a supervisor.

The Daily Dot has reached out to PayPal for clarification and will update the report when the company responds.

Update 9 p.m. CT, March 13: The author said that PayPal has told her she should take her money out and “use another service.” She added that she’s unable to take out the money and put it on another platform for at least a week.

Update 9 a.m. CT, March 14: PayPal responded back to request for comment. “I’ve looked into the matter and am told that the initial account limitation was lifted and the ability to transact and move money should be reinstated. While I cannot get into account specifics for privacy purposes, there are times when account activity quickly changes or is altered that may trigger holds and reviews. This is done for protection of account holders, as well as buyers and sellers. There was never any intent to impede anyone’s ability to support others during these difficult times. We sincerely apologize for any inconvenience and challenges this has caused.”