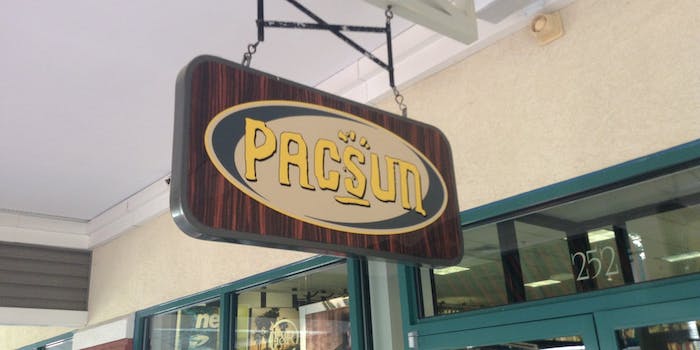 Veterans are furious about this PacSun T-shirt

Today is Memorial Day, which means it’s an ideal opportunity for brands to aggressively market to consumers. But some patriots have taken issue with an item from the clothing brand PacSun: a black T-shirt with an upside-down American flag on it. 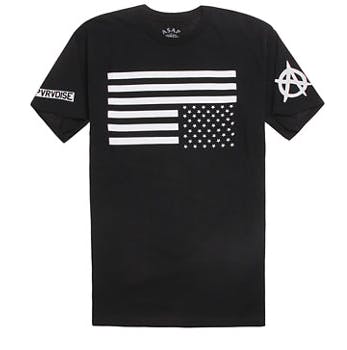 The shirt, which costs $23.95, has upset many patriotic Americans, who have taken to PacSun’s Facebook page to air their grievances. A Facebook photo of a mannequin wearing the T-shirt is also going viral. 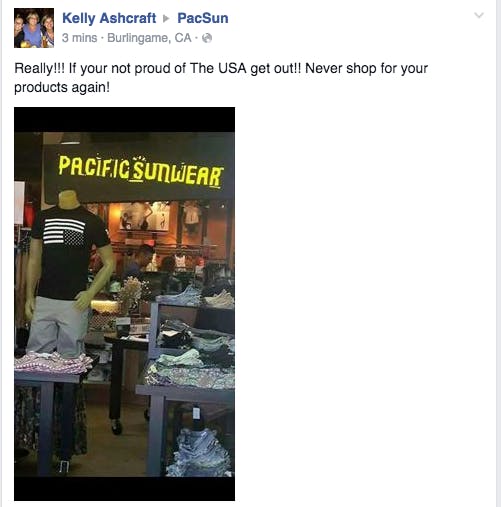 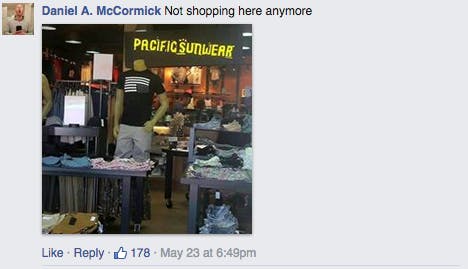 So why are so many people getting angry about the T-shirt? According to the United States Flag Code, “the flag should never be displayed with the union down, except as a signal of dire distress in instances of extreme danger to life or property.” That’s probably why so many people are making a ruckus.

Meanwhile, there are also others who are applauding what they perceive as the message behind the T-shirt, which was designed in collaboration with A$AP Rocky.

(For what it’s worth, there’s a similar tank on sale that the protestors don’t seem to have gotten wind of yet.)

This isn’t the first time that a retailer has been under fire for offending military veterans. Earlier this May, Under Armour apologized for a T-shirt that reimagined a famous photo of servicemen raising the flag at Iwo Jima during World War II.