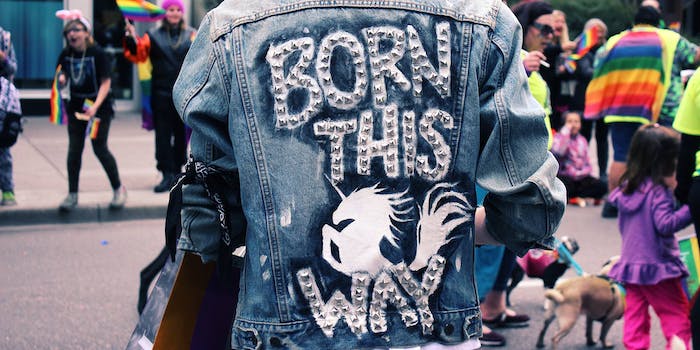 5 other states have already made the practice illegal.

Pennslyvania is the latest state where officials have promised to ban conversion therapy—the controversial “treatment” to turn LGBTQ people into heterosexual and cis identities, often against their will.

State Rep. Bill Sims, the first openly gay person elected in the state, proposed the bill that will make the practice illegal. “I don’t know a single LGBT person that hasn’t been touched by conversion therapy in some way or another,” he said.

With Pennsylvania’s announcement, LGBTQ activists hope more states will soon follow suit. As of now, five states (Oregon, California, Illinois, Vermont, and New Jersey) and the District of Columbia have officially banned conversion therapy for minors. However, this ban is not at the federal level, so each state has to pass a ban of its own. Some cities, such as Pittsburgh, Miami, Cincinnati, and Seattle, have also recently banned the practice.

These therapies often masquerade as spaces where people who are “confused” about their orientation or identity can gain advice or guidance, but when an anti-LGBTQ agenda is at the forefront, the experience can be devastating for the individual. While youth are often the target of conversion therapy, conversion therapy aimed at LGBTQ adults exists as well.

#MikePence is officially VP, now.
He is the leading proponent of #conversiontherapy which almost killed me when I was 16.#Inauguration

While Vice President Mike Pence’s team now claims he never supported LGBTQ conversion therapy, documents dating back to 2000  show that as a congressman he was for funding those who want to “change” their sexual behavior. This has made many in the queer community fearful of losing their rights under the current administration and hoping that more states follow Pennsylvania’s suit.