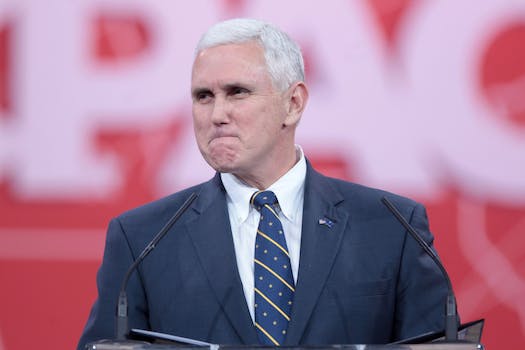 Many, many documents prove otherwise.

News outlets have widely reported Mike Pence’s pro-conversion therapy stance since he was picked as Donald Trump’s VP. But in an interview with the New York Times, Pence spokesperson Marc Lotter denied that vice president-elect has ever supported gay conversion therapy, saying the claim was “patently false” and a misinterpretation of a previous campaign statement.

The association between Pence and conversion therapy dates back to 2000, during Pence’s run for Congress. At the time, under the “Strengthening the American Family” section on his campaign website, his platform stated:

Congress should support the reauthorization of the Ryan White Care Act only after completion of an audit to ensure that federal dollars were no longer being given to organizations that celebrate and encourage the types of behaviors that facilitate the spreading of the HIV virus. Resources should be directed toward those institutions which provide assistance to those seeking to change their sexual behavior.

To many, the statement seems to be a clear suggestion to defund organizations alleviating the effects of HIV and instead fund conversion and reparative therapy institutions that “change” sexual behavior.

Lotter also declined to explain which organizations Pence wanted to strip of their funding and which groups “celebrate or encourage” the spread of HIV.

Pence has refused to comment on or renounce his statement until now. His silence on the matter and his long history of voting against LGBTQ protections have alarmed many in the LGBTQ community and their allies.