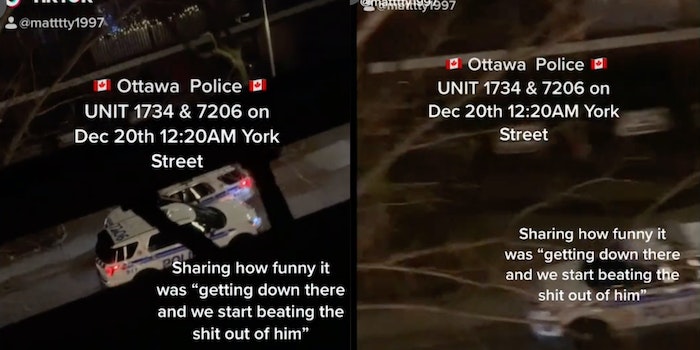 The police service says it's investigating the video.

The Ottawa Police Service says it’s investigating a video posted to TikTok that seemingly shows two officers laughing about beating someone up.