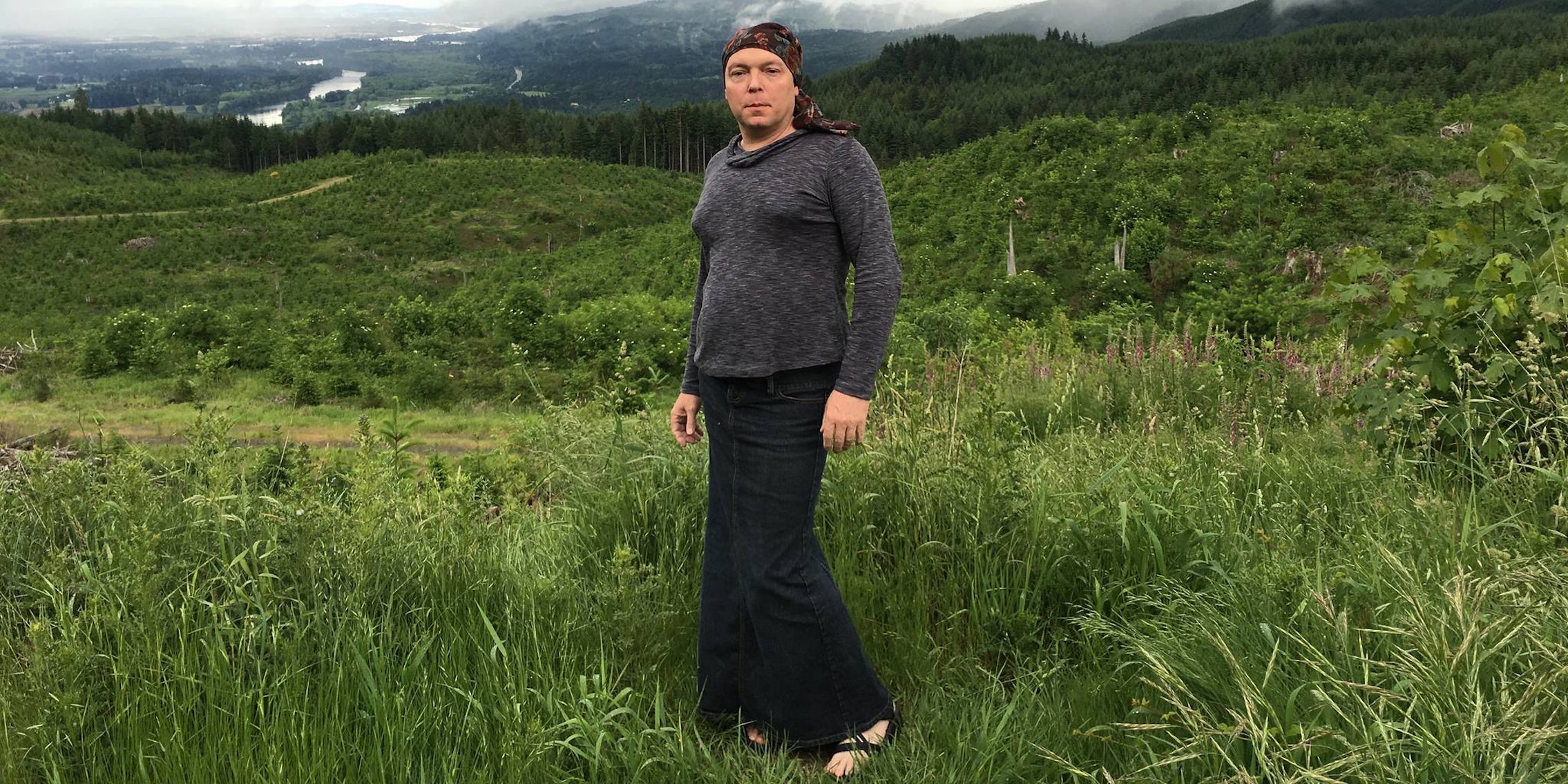 'We don't deserve to be classified improperly against our will.'

It’s a brand new day for nonbinary, genderqueer, transgender, and gender nonconforming people all over the nation.

In a historic move sure to challenge federal policy, an Oregon circuit court ruled on Friday that a resident could legally change their gender to nonbinary.

“Male and female are the traditional categories, but they fail to properly categorize people like me. So I challenged that,” said Shupe.

Shupe’s petition for sex change, as the court calls it, was filed on April 27. With the help of Portland attorney Lake James Perriguey and armed with two letters from primary care doctors (shared privately with the Daily Dot) stating that Shupe’s gender should be classified as nonbinary, the case was made. 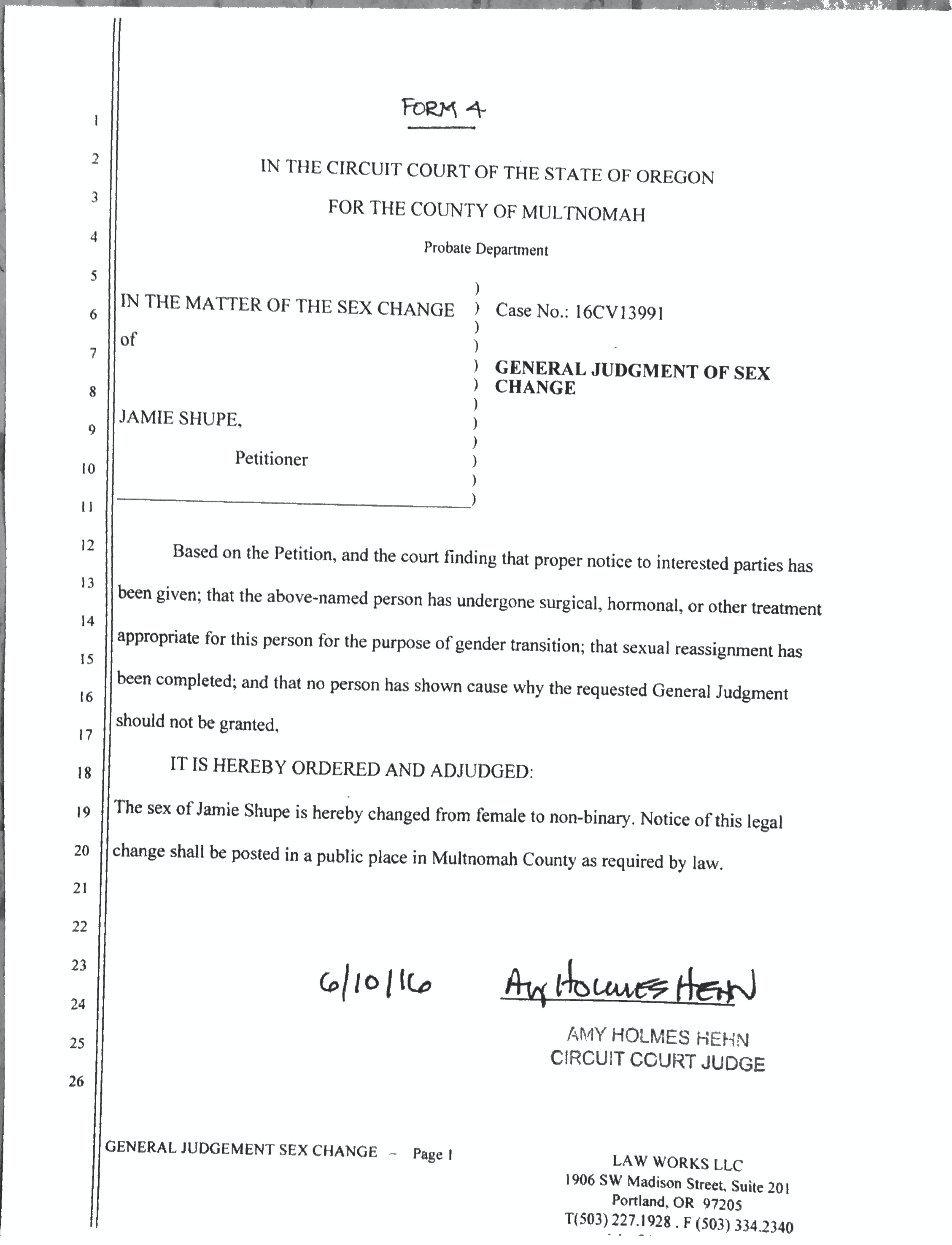 Shupe, who prefers not to use gender pronouns altogether, uses the honorific ‘Mx.’ and is an Army vet who began a gender transition in 2013 at age 49. Assigned a male gender at birth, Shupe initially petitioned to change their gender from male to female, then from female to nonbinary.

As far as legal experts are aware, the Oregon court decision is the first time a court in the U.S. has ruled that nonbinary is a legal gender.

The Daily Dot spoke with attorneys at the Transgender Law Center, who noted the historic nature of the case.

“As far as we know, this may be the first ruling of its kind in the U.S.,” said Transgender Law Center’s Legal Director Ilona Turner in an email to the Daily Dot. “This is an important step toward ensuring that nonbinary members of our community have access to identity documents that reflect who they are, just like everyone else.”

“To my knowledge, many cities and a few states have options where an ID card does not need to declare a gender (such as the NYC ID card or the NYS Benefits card),” Kinkead told the Daily Dot in an email, “but I have never heard of a system where someone’s nonbinary gender is actually affirmed on the card itself.”

“Many trans, gender nonconforming, and intersex (TGNCI) people identify as nonbinary or along a gender fluid spectrum, but due to the nature of ID documents and discrimination, many of us have no way to see our gender identity reflected so this is amazing news,” Alexander said in an email.

At the moment, it’s unclear how the court’s decision will play out in terms of identity documents. Shupe told the Daily Dot their “first goal is to tackle the Oregon DMV.” But even if the state agrees to issuing a nonbinary driver’s license, federal identity documents currently only allow for male or female gender markers.

In 2014, over 64,000 people signed a petition asking the White House to legally recognize nonbinary genders—but the petition was without success. However, according to the website Nonbinary.org, other countries already federally recognize genders other than male and female—including Australia, Denmark, Nepal, and New Zealand.

Shupe described being “literally tearful” on Friday when the court issued the judgement.

“This is incredibly humbling to be the first person to accomplish this,” Shupe told the Daily Dot. “I hope the impact will be that it opened the legal doorway for all that choose to do so to follow me through. We don’t deserve to be classified improperly against our will.”