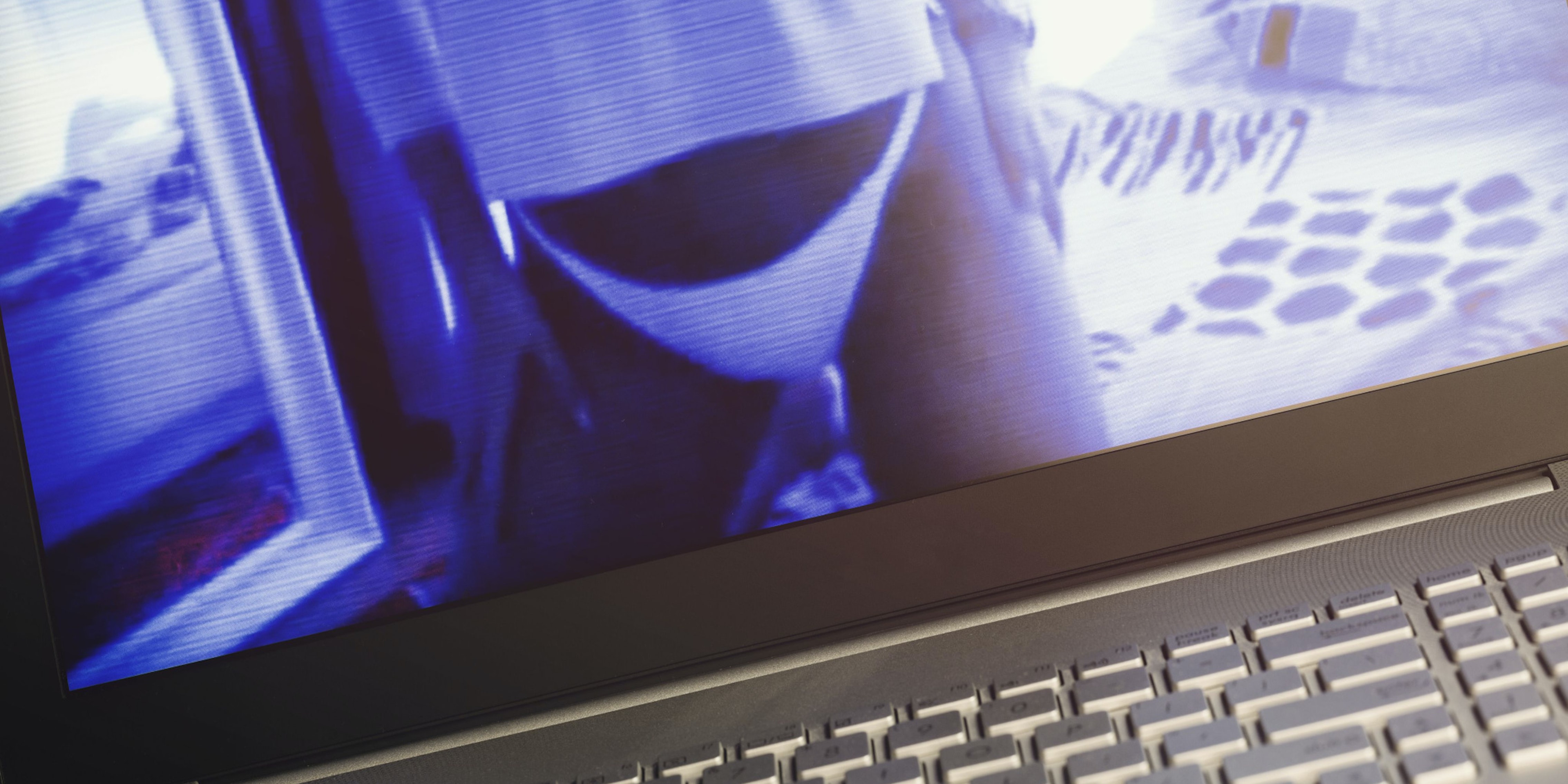 'I wasn't prepared for that many people to see it.'

Cloudy knew her explicit images had been stolen.

She suspected that her OnlyFans content was being pirated after she received angry messages from an OnlyFans subscriber. The subscriber said that Cloudy, an OnlyFans creator with over 73,000 Twitter followers, hadn’t been responding to their messages fast enough, and she became worried that they would retaliate against her.

Sure enough, she found her content posted elsewhere. Cloudy thinks the subscriber did this to make money off her—or just to control part of her. Maybe a little bit of both.

“[It’s] that culture of wanting to steal something private from a woman and share it with friends and brag about it,” Cloudy told the Daily Dot. “Maybe they’re taking it and reposting it as a trophy or a power trip for themselves.”

While some may argue that nothing on the internet is private, the semi-privacy that OnlyFans offers—in addition to the site being a stream of income—is important to Cloudy. She sells her “most explicit” content on OnlyFans on a one-to-one basis to subscribers through direct messages and is comfortable with her almost 1,000 subscribers seeing what she sells to them.

“And then when I see [my OnlyFans content] posted on different websites—I saw one that had like 200,000 views. I was pretty upset about it. Because it’s like, ‘Oh, Jesus Christ,’” Cloudy said. “I wasn’t prepared for that many people to see it.”

The Daily Dot spoke with piracy experts and OnlyFans creators who said that finding explicit content being sold or shared on other sites is an unfortunate part of the business. Some make so much money on OnlyFans that they feel protecting their content from piracy is a practical investment. Others just don’t have the resources to catch every bootlegged video or photo.

Piracy is so common because it’s effortless, according to Ben Depoorter, a Berkeley Law professor who specializes in intellectual property and copyright law in the digital era. Even though every photo or video someone takes is immediately copyrighted, that content can be screenshotted or screen-recorded by anyone else.

But that’s just one side of the coin, he said. While devices like smartphones and computers make piracy easy, they also make independently commercializing one’s own content—like starting an OnlyFans with photos and videos you take of yourself—accessible.

The onus of calling out piracy now falls on the creator, thanks to the Digital Millennium Copyright Act’s (DMCA) Notice and Takedown system. The act empowers copyright holders to send a notice to unauthorized sites that post their content. Once site administrators receive the notice, they are required to make sure the pirated content is taken down. That way, litigation and financial consequences are avoided by both parties.

OnlyFans creators can send takedown notices to OnlyFans about pages on the site that are using their content. Many of the creators the Daily Dot spoke with said that OnlyFans reliably goes after content thieves thanks to its anti-piracy team.

In a statement to the Daily Dot, an OnlyFans spokesperson said that creators on the site own what they post and that OnlyFans gives its users tools like watermarking to protect their intellectual property. OnlyFans also “proactively” scans the web “to identify websites, hosting services, and domain registrars which host content pirated from Creators,” the spokesperson said.

Still, the notice and takedown system is “endless and frustrating” for content creators even when aided by OnlyFans, Depoorter said, because they may be constantly sending notices.

In addition to being tedious, the DMCA requires creators to provide their full names (and alternate stage names they might use) in notices. Many OnlyFans creators, including every creator interviewed for this article, and sex workers use alternate names to protect their safety and privacy. Alternate names can be a security measure, for example, to prevent stalking. Disclosing one’s legal name linked to their alternate name can put creators in danger.

The notice and takedown system is meant to address all types of piracy: commercial, which means stealing content to sell for profit; derivative, like catfishing as someone else using their content; and collector’s piracy, where someone is stealing content simply to keep for themselves.

That final kind of piracy takes on a more perverse meaning when the content in question is explicit.

“There’s so much that it’s hard to put it in one box,” Depoorter said about addressing all kinds of piracy. “And it makes it harder to design ways to challenge it.”

Performers take matters into their own hands

RealSoCandy, an OnlyFans creator with 133,000 Instagram followers who declined to share her OnlyFans subscriber account, says she’s experienced all three types of piracy. Pirates have made fake OnlyFans pages using her content and advertised “exclusive” pictures and videos that didn’t exist; people have posed as her on Instagram; and her OnlyFans subscribers have screenshotted her content, she thinks, to punish her for not posting as much.

“What can we really do about it other than report them, ask them to take it down, or anything like that?” RealSoCandy told the Daily Dot.

Allie Rae, an OnlyFans creator with 31,000 subscribers, told the Daily Dot that she hired a team of four people to help her hunt down pirated content of herself. She said that she estimates she’s spent over $30,000 on getting her content digitally fingerprinted, which means encrypting her content with a code that identifies her as its owner, and spends about $5,000 a month on an intellectual property lawyer to send takedown notices.

“It seems like such a large investment,” Rae told the Daily Dot. “But when I would do the numbers of what it would cost me for my content to be not protected, it’s a lot more money lost.”

OnlyFans is Rae’s major source of income, which is possible because she has so many subscribers. Even though she’s not combating piracy alone, she still calls dealing with it a “nightmare.”

There are other paid methods that OnlyFans creators can use to monitor their stolen content: Services like BrandItScan create “automatic DMCA takedowns for stolen content and social media catfish accounts.” The site’s $45 per month membership gets creators the aforementioned services plus data breach “monitoring,” help with search engine optimization, and security and privacy “analysis.”

But digital rights management only works within legitimate channels, like OnlyFans and iTunes, University of Washington professor and digital piracy expert Deb Dey told the Daily Dot. Screenshotting or downloading content and posting it to an illegitimate channel, like OnlyFans leak sites or Limewire (a software sharing platform that was known for pirating music in the 2000s), renders digital rights management protections useless.

Dey said piracy can be beneficial in some situations, though. Pirated content can act like a preview for an OnlyFans creator’s entire portfolio: While consumers may not pay for the first piece of content they see from a creator, they might become paying subscribers later. Dey said this can create network effects, meaning the more unauthorized reposted content people see, the more subscribers creators will eventually gain.

The upside of piracy for small creators

N, an OnlyFans creator with between 200 and 300 subscribers, said she sees pirated content as free advertising, similar to posting clips or photos that are included in larger pieces of OnlyFans content on Twitter or other sites.

“For most of us, that’s how we advertise the OnlyFans itself,” N told the Daily Dot about promoting her content on other sites.

She agrees with Dey’s explanation of network effects: “What matters is that you have as many of those people [who view your content] pay as possible,” N said.

Of course, N doesn’t completely support her content being stolen. She worries that her OnlyFans content posted on other sites could be used against her or threaten her employment status. She said she uses Google’s reverse image search to identify content that shows her face and send takedown notices, if possible.

There are other methods to find pirated content. Cloudy said she uses keywords associated with her name to find content of hers that’s been posted on other sites. All of her pirated content is still available on other websites, even though she’s enlisted the help of OnlyFans—who she says is “doing their best” to help—and the DMCA.

“It’s uncomfortable thinking that somebody has a video of mine out there,” Cloudy told the Daily Dot. “But I can’t spend weeks paying a lawyer or something to figure out how to get rid of it.”