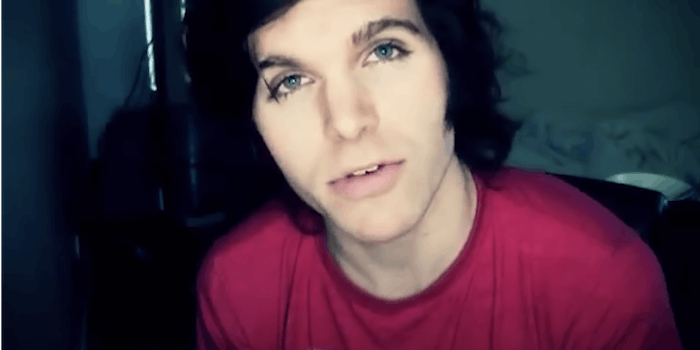 The former YouTuber was accused of grooming and emotionally exploiting young girls for sex.

After almost a year of people calling on YouTube to kick Onision off the platform, the polarizing content creator said he’s ditching YouTube in favor of OnlyFans.

Onision, who goes by both Gregory Jackson and James Jackson, according to Mashable has been called out for his predatory behavior many times. Multiple women accused Onision of grooming and emotionally abusing them as kids with the intent that they’d eventually engage in sexual acts with him and his partner, according to Insider.

Onision is known online for his controversial sketches and satirical videos about sensitive topics like suicide and self-harm. He’s also objectified and bodyshamed women on his channel.

In late 2019, Onision was banned from Patreon for allegedly doxing a woman online, Newsweek reports. Twitch also took down his account for some time but it seems to be back up.

The former YouTuber, who joined OnlyFans in April, posted a video on his secondary channel, OnisionSpeaks, titled “bye.” In the video he claims to prefer the platform, which is commonly used to post adult content.

Onision goes on to say that being a YouTuber was “pretty much always humiliating,” before telling viewers to check out his OnlyFans, according to Mashable.

Based on his Twitter and OnlyFans account, Onision has switched to mainly posting explicit photos of videos of himself on the app.

The fallen YouTuber seems to actually be committed to OnlyFans, at least for now. He currently has 299 photos and 27 videos on the app, with a total of 19,000 likes