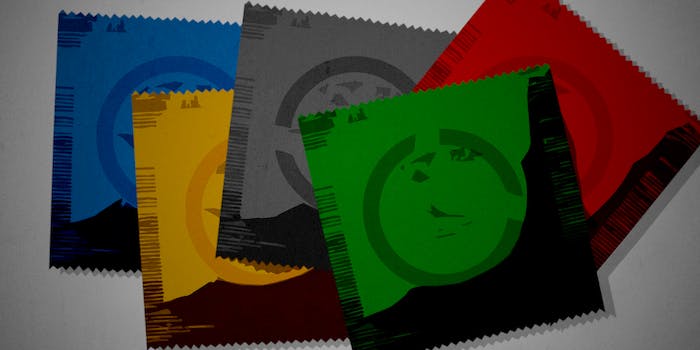 Brazil is giving out an additional 9 million condoms to visitors.

As we all learned after used condoms were found on rooftops in the 1988 Seoul Olympic village, world-class athletes have a lot of sex when crowded together.

That’s why the International Olympic Committee (IOC) began handing out free condoms to athletes that year—a tradition that has continued with each installation of the games.

This year is no different, unless you think it’s “different” that each athlete was given enough condoms to have sex 42 times (or twice a day) while they’re in Rio for the 2016 summer Olympic games.

It’s a record-breaking haul of 450,000 condoms, making 2016 what the Guardian called “the most promiscuous Olympics in history.” There’s also 175,000 packets of lube to ensure that those condoms get the job done without breaking, which is a thoughtful touch.

The barge-full of condoms is no joke: It’s in line with Brazil’s ongoing public health crisis related to the sexual transmission of the Zika virus. But there’s one aspect of the massive condom delivery that is laughable, and it’s one that’s received little attention in the press.

100,000 of the 450,000 prophylactics being doled out to Olympic athletes in Rio are “female condoms.” Yes, those weird, deeply uncomfortable, little-used items that feel like stuffing a plastic bag up into your vagina and then encouraging your partner to ignore the crinkling noise it makes during sex.

The female condoms—which, honestly, we would love to hear from a single human being who prefers using these monstrous creations—are being given to athletes for the first time, which is part of why the number is so high this year.

So basically, the Olympic village is going to be filled with the sounds of lovemaking as usual—plus the intermittent noise of someone f*cking a trash bag a few times, laughing awkwardly, apologizing, and quickly grabbing a regular condom.

The nearly half-million condoms set aside for Olympians is minor compared to the astounding 9 million condoms the Brazilian government bought to hand out to visitors and locals during the festivities. Those condoms are produced by a local company called Natex, the world’s only “wild rubber” condom manufacturer. Natex was launched by the government in 2008 in order to combat deforestation and provide jobs to traditional Amazonian rubber tappers who have worked with the trees for decades.

Regardless of what method athletes and visitors are using to protect themselves from sexually transmitted infections and unwanted pregnancies, the message is clear: Play it safe at the games. Oh, and maybe stay off Grindr—at the 2012 London Olympics, the sudden influx of athletes and fans was widely blamed for causing the app to overload and crash.