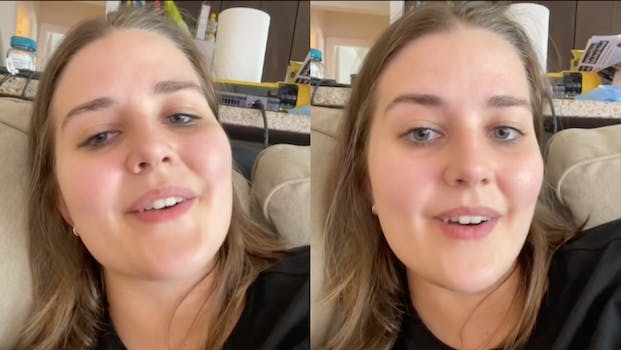 'You should have just signed her up; she didn't know any better,' the TikToker recalls her manager saying.

A TikToker who claims to be a former Old Navy worker says she was fired after refusing to push a non-native English speaker who “didn’t know any better” into signing up for a store credit card.

The video, which currently has over 1.6 million views, was posted by TikTok user @mostdefnotmads on July 13. In the clip, the TikToker recalls how she was checking a customer out at a cash register. The TikToker says she asked the woman if she’d like to sign up for a credit card with the store and get a 50% discount.

She says the woman seemed intrigued at the notion she’d be getting a 50% discount but that there was a “language barrier,” so @mostdefnotmads wanted to ensure the woman knew what she’d be getting herself into. “So I made sure to take the time to explain until she understood that it was a credit card and not a ‘give us your email and sign up for rewards type deal,” she says.

Once the woman fully realized what she was being offered, she declined and @mostdefnotmads didn’t push further.

In the TikTok, she says she eventually realized her manager was standing behind her and that they said to her, “You should have just signed her up; she didn’t know any better.” The TikToker alleges she was written up and subsequently fired for this.

Others spoke to their experiences of working in retail and having to sign people up for credit cards. One person wrote, “I worked at Old Navy and I hated that they wouldn’t let me leave until I signed someone up for a credit card and threatened me to lose my job if I didn’t.”

The Daily Dot has reached out to Old Navy, and @mostdefnotmads could not immediately be reached for comment.