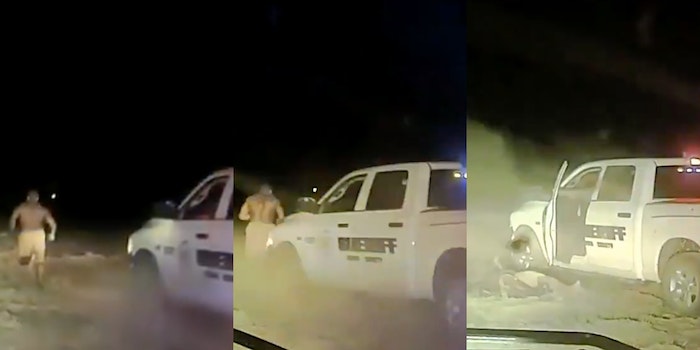 The victim filed a lawsuit against the officer on Thursday.

A graphic dash camera video shows a police officer running over a shirtless Black man with his patrol truck as he runs across a field.