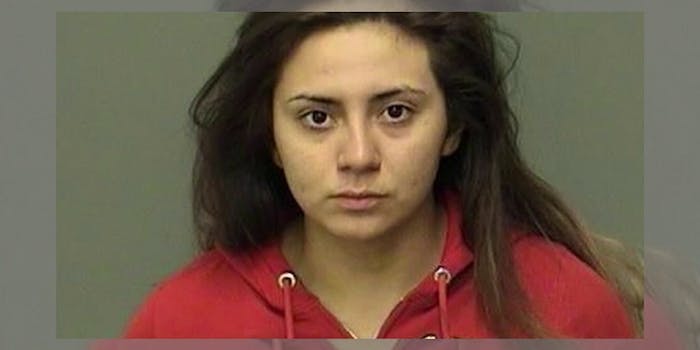 She lost control of the car, causing the accident that killed her sister, then continued to livestream her death.

The teenager who livestreamed the car crash that resulted in her sister’s death last summer has been sentenced to six years and four months in prison.

In July, 18-year-old Obdulia Sanchez from Stockton, California, was arrested and charged with vehicular manslaughter and driving under the influence. According to the California Highway Patrol, Sanchez was driving her 14-year-old sister Jacqueline and the sister’s girlfriend, Manuela Seja, when she lost control of the vehicle while livestreaming herself driving on Instagram. The car crashed into a barbed-wire fence before turning over, causing the two 14-year-olds, who weren’t wearing seatbelts to eject from the rear window.

Sanchez then proceeded to livestream the accident as her sister, who died at the scene, laid on the ground with a bloodied face. Seja suffered a leg injury. Sanchez’s video went viral, with viewers recording copies of the Instagram livestream before it disappeared from her social media story.

“I fucking killed my sister, OK? I know I’m going to jail for life. I understand that. This is the last thing I wanted to happen, OK? I don’t fucking care at all. I’m going to hold it down,” Sanchez said in the video.

According to BuzzFeed News, Sanchez was sentenced after pleading no contest to gross vehicular manslaughter, DUI, and endangering a child last month. She didn’t explain why she continued to record her sister’s death, but had previously said she wanted to attract attention to help pay for her sister’s funeral.

Ramnik Samrao, Sanchez’s public defender, said he argued for probation for his client, citing her history of suffering continual sexual abuse since she was 11. Samrao, however, did say Sanchez may have a chance of being released early, and noted he was able to get more than half of her original charges dismissed.