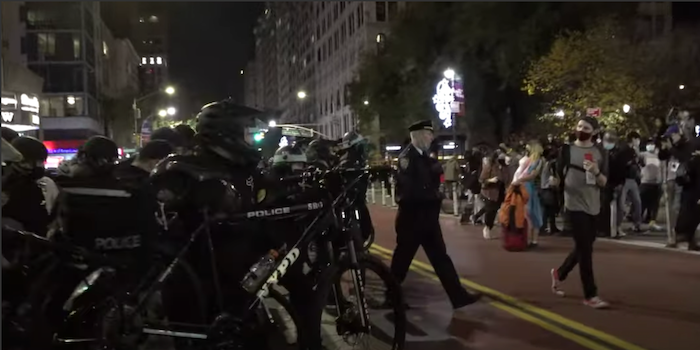 Police say that an officer was shoved to the ground.

Videos posted to social media show the New York Police Department descending on ralliers and journalists at the “We Want Freedom March” on Thursday night.