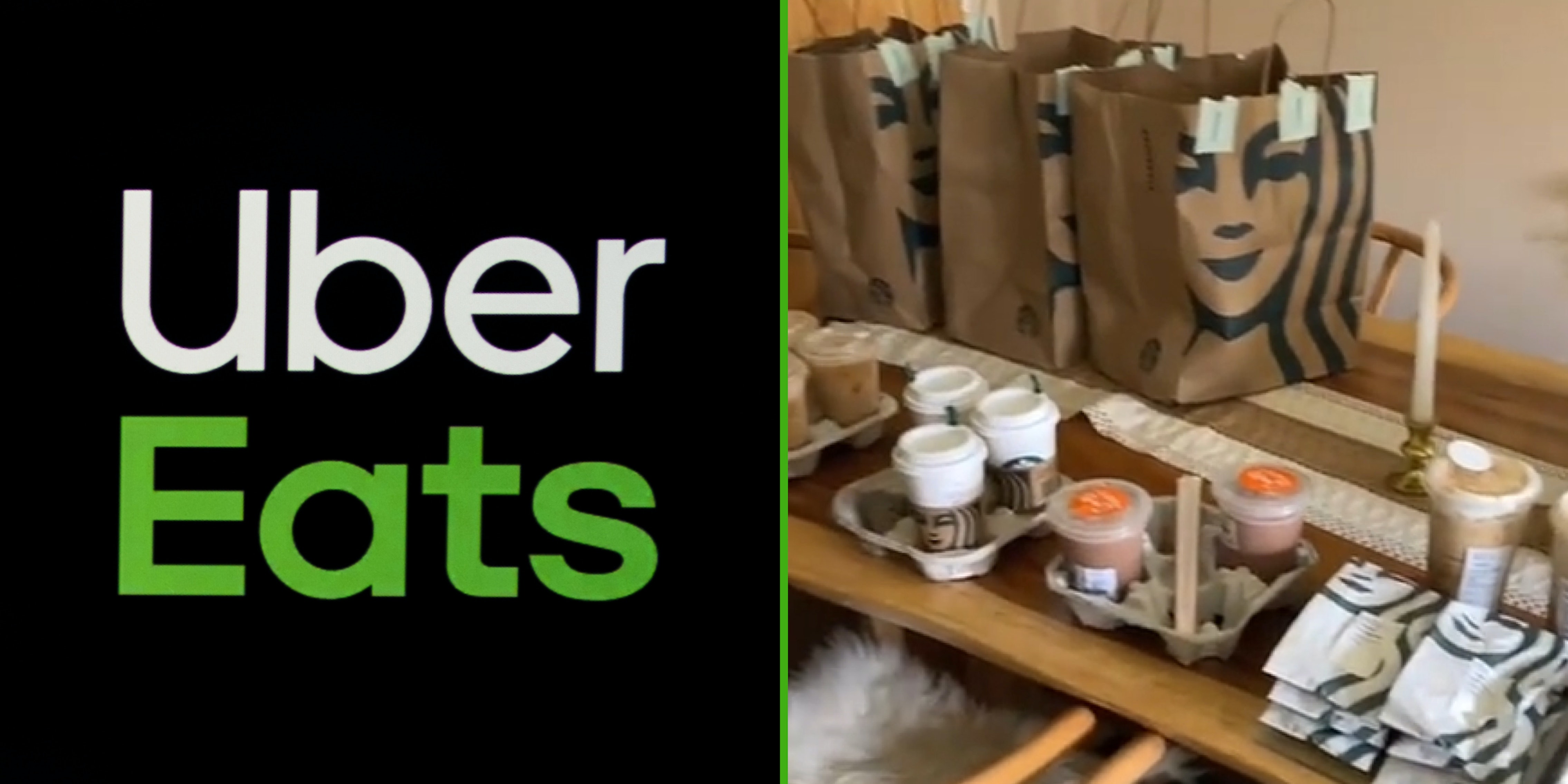 ‘Imagine when the baristas saw the order’: 4-year-old nephew orders over $200 worth of Starbucks on Uber Eats

'He was an intern at a small PR firm in his past life, muscle memory.'

In the video, the TikToker showed that the large order covered most of his dining table.

As of March 12, the video has been seen about 1,700,000 times. In a comment on the video, the TikToker reassured viewers that his nephew wasn’t punished for the incident.

“Just as a heads up we just thought it was funny, he was not punished just asked to not do it again,” the comment read.

Viewers thought the incident was funny but couldn’t imagine how the Starbucks baristas reacted when they got the large order.

“Lmao the Starbucks workers were probably deadddd,” one viewer commented on the video with several laughing emoji.

In reply to the comment, the TikTok creator wrote, “I stop in often and tip very often! Next order I will be sure to give them a good tip and have a good laugh.”

“Imagine when the baristas saw the order,” another viewer commented.

“I’m sorry but I laughed so hard,” someone else said. The TikTok creator replied to the comment, “I can’t tell you how hard it was to explain to him why he shouldn’t do that. Meanwhile he was stuffing his face a with a blue cake pop.”

Some viewers made joking guesses about what possessed the nephew to make such an order.

“He was an intern at a small PR firm in his past life, muscle memory,” one TikToker said.

“He was playing Starbucks simulator lmao,” another TikToker guessed.

One viewer asked the order was already in the Uber Eats cart, saying they couldn’t believe that a 4-year-old would be able to advance through all the screens up through checkout.

“He legit must know how to use the app. The cart was empty and he went in and ordered all of this. Even the setting for quantity he jammed up on all,” the TikToker creator said in response to the comment.

And for the several viewers asking if his nephew remembered to tip, the TikToker said his nephew tipped $32, which equals 16% of a $200 order.

The Daily Dot reached out to the TikTok creator via TikTok comment.