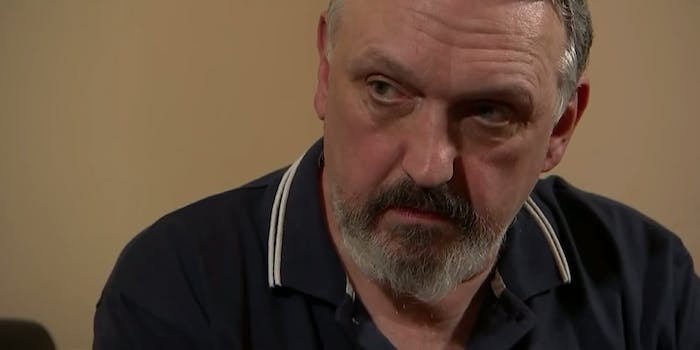 Neo-Nazi leaves movement after coming out as gay, Jewish

Once he experienced hatred first-hand, he decided to change his ways.

Kevin Wilshaw is a neo-Nazi who led the United Kingdom’s fascist National Front movement during the late 20th century. However, Wilshaw is now shrugging off his past with a major announcement: He’s gay, and his family has Jewish heritage.

Wilshaw, who also joined the British National Party after leaving the National Front, has a violent and aggressive past with the far-right. He vandalized a mosque in the ’90s, fought against others in alleged self-defense, and even faced an arrest for spreading racism over the internet. But Wilshaw’s views started to change once he experienced homophobia as a closeted gay man.

“It’s a terribly selfish thing to say but it’s true, I saw people being abused, shouted at, spat at in the street,” Wilshaw explained to Channel 4. “It’s not until it’s directed at you that you suddenly realize what you’re doing is wrong.”

Wilshaw says he’s not alone, either. While the National Front is outwardly homophobic, he says several leaders inside the fascist organization are gay. He suggests the far-right group is hypocritical, harassing LGBTQ people while accepting their own.

“You have other members leading National Front who are overtly gay,” Wilshaw said. “And nobody could see the contradiction of it that you have an overtly gay person leading a homophobic organisation, makes no sense.”

Wilshaw also comes from Jewish heritage, as his mother was part-Jewish. Without many friends in school, the far-right became an opportunity for him to build some sense of belonging in his life. However, the way neo-Nazi organizations create solidarity is through hate and violence.

“That term ‘the Jews’ is the global faceless mass of people you can’t personalize it, not individuals,” Wilshaw told Channel 4. “That’s the generalization that leads to 6 million people being deliberately murdered.”

Having since renounced his far-right ways, Wilshaw says he feels remorseful and wants to fight back against neo-Nazis and right-wing extremism. Revenge could happen, he warns, and he feels a “void” in his life that was occupied by his political extremism since his early childhood years. But Wilshaw wants to make amends and rebuild his relationship with his family.

“I feel appallingly guilty as well, I really do feel guilty, not only that, this is also a barrier to me having a relationship with my own family, and I want to get rid of it, it’s too much of a weight,” Wilshaw explained to Channel 4.

While hate groups remain prevalent and emboldened in the West amid U.S. President Donald Trump’s election, Wilshaw isn’t the first former neo-Nazi to condemn his old ways. Other former neo-Nazis have shared their stories on Reddit, overcoming their racist pasts while looking to atone by helping people of color. Life After Hate, praised by comedian Samantha Bee, helps neo-Nazis and white supremacists leave the far-right and work to end right-wing extremism.