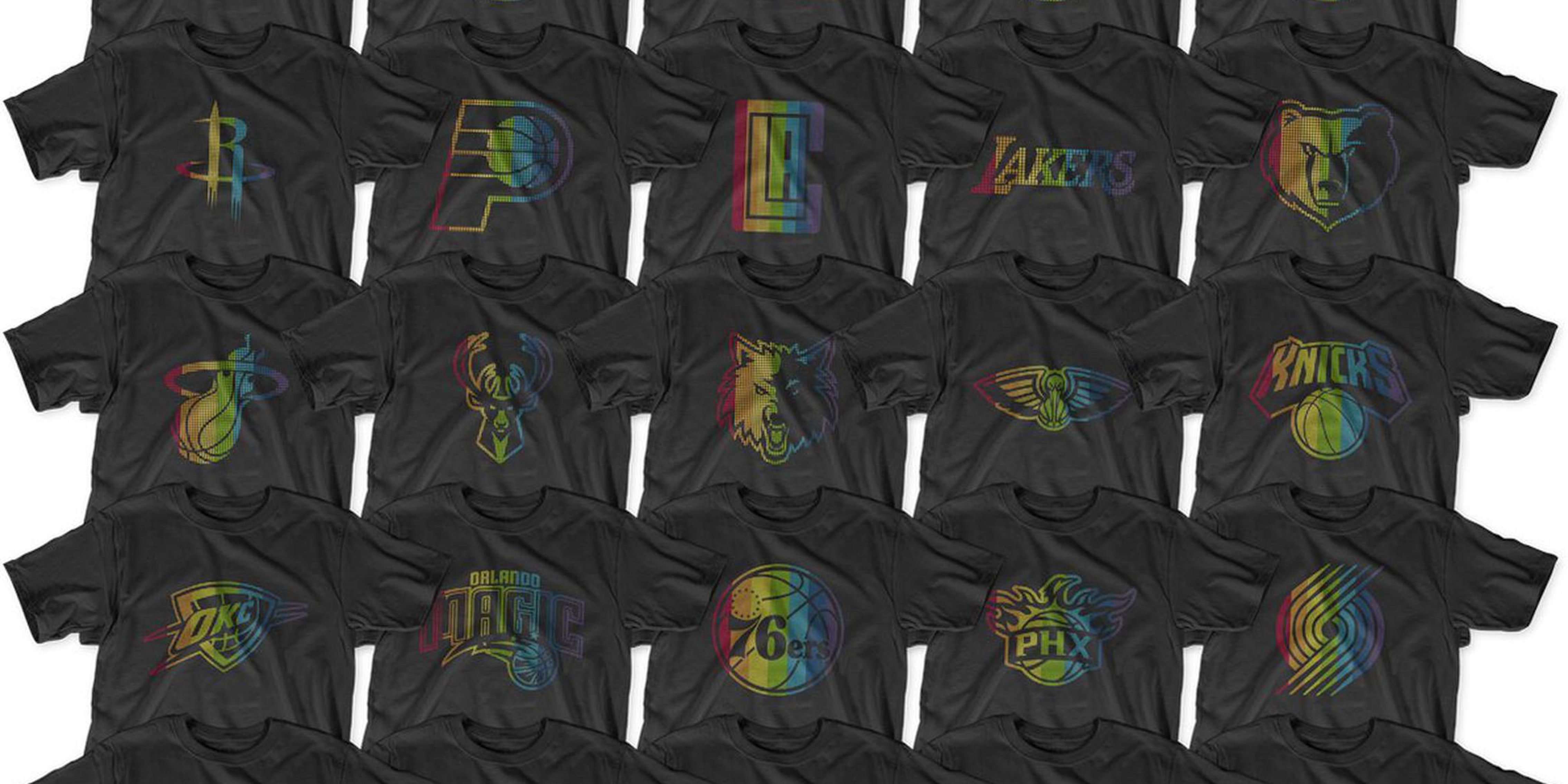 All proceeds from the NBA pride line will go to GLSEN.

For the first time in history, a men’s sports league has released a special LGBT pride edition of every single one of its team shirts.

On Tuesday, the National Basketball Association (NBA) announced the new line—featuring all 30 basketball team logos reworked in rainbow on black backdrops—as a partnership with the Gay, Lesbian, Straight Education Network (GLSEN) and Teespring.

Each T-shirt costs $24.95 and is available on the Teespring website. A full 100 percent of sales will go to GLSEN in its mission to create safe schools for LGBT students in K–12 education.

“Support from professional sports for LGBT people has been one of the biggest cultural developments of the past five years,” GLSEN’s Executive Director Eliza Byard told the Daily Dot via email on Tuesday. “And the NBA has consistently led the way.”

The NBA has ramped up its support for the LGBT community recently, with commissioner Adam Silver stating on June 2 that the league would consider moving its 2017 All-Star Game out of Charlotte, North Carolina, in response to that state’s recent anti-LGBT law.

Referring to whether H.B. 2, the controversial law in question, would prevent the All-Star Game from taking place in Charlotte, Silver said he hoped the North Carolina government could negotiate “to ensure those basic protections are given to the LGBT community.”

A request for comment emailed to the NBA did not immediately receive a response.

It’s not the first time the NBA has partnered with GLSEN. In 2011, players Grant Hill and Jared Dudley shot a “Think Before You Speak” PSA in which the basketball stars discouraged fans from using the word “gay” to mean stupid or uncool.

In 2014, the NBA again showed its support for the LGBT community by signing the first openly gay active major league athlete, Jason Collins. Three autographed Collins jerseys—featuring the number 98 in honor of the year Matthew Shepard was killed in a horrific homophobic attack that spurred hate crime legislation—were auctioned off on the NBA website. Proceeds went to GLSEN and the Matthew Shepard Foundation.

“For LGBT fans and players alike, visibility and inclusion in the family of sports remains a key goal,” Byard told the Daily Dot.

“When organizations like the NBA take a stand on LGBT inclusion in sports,” GLSEN Oregon Chair Danni/y Rosen told the Daily Dot, “young people in Oregon and across the country learn that the teams and players they love are there for them, and want them to be respected and welcome in the locker room, on the court, and in the stands.”