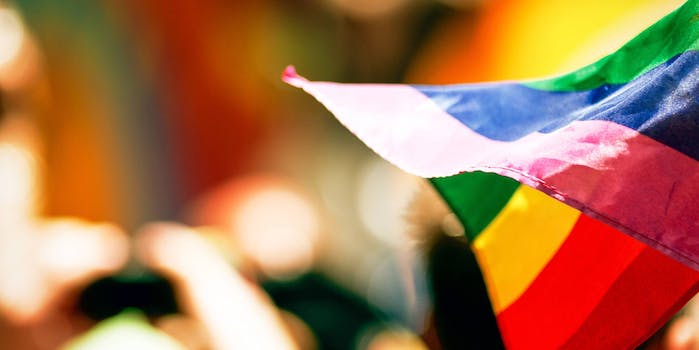 Not everyone can come out safely.

On the surface, National Coming Out Day seems like a warm and welcoming idea. Today is the 28th anniversary of the event, which encourages LGBT+ people and their allies to come out and speak about their experiences in a supportive environment. “Every person who speaks up changes more hearts and minds, and creates new advocates for equality,” writes the Human Rights Campaign.

However, the day has been getting some backlash, both from people who say it flattens a difficult and nuanced experience, and from those for whom it’s not safe to come out.

Because of those threats of violence and non-acceptance, many people are judicious in choosing when to come out, and who to come out to. And others are speaking out about how National Coming Out Day pressures people to come out, encourages others to out people against their wishes, and centers on the experiences of those for whom coming out is easy.

Its #NationalComingOutDay today so remember it's not your job to out somebody just because its national coming out day..

Of course, plenty of others are enthusiastic about National Coming Out Day, the idea being that this sort of visibility is exactly what will make coming out easier and more acceptable for everyone. Many are using it as an opportunity to talk about the spectrum of genders and sexualities that deserve equal attention.

I'd come out for National Coming Out Day, but Bi Visibility Day has passed so I'm still wearing my invisibility cloak and you won't see me.

Happy #NationalComingOutDay to the LGBTQ+ ppl who've had to have more than one–your identity is both malleable AND valid. #SubjectToChange

So, happy National Coming Out Day, and may one day everyone stop assuming people are straight and cis until proven otherwise.