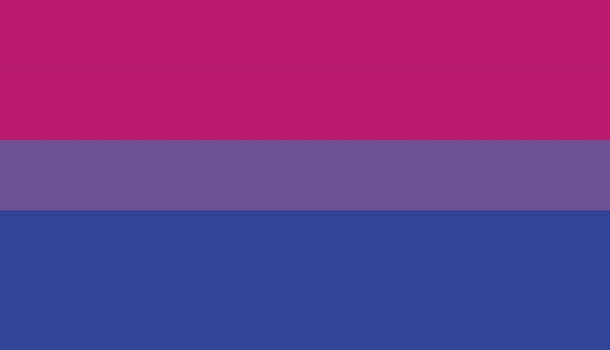 Happy BiWeek! Co-Founded by GLAAD, Bisexual Awareness Week and Celebrate Bisexuality Day on Sept. 23 bring awareness to the struggles and triumphs of the bisexual community, as well as public policy issues that will hopefully make “bi erasure” a thing of the past.

Though we’ve made great strides in LGBT acceptance, there are still deep prejudices against people who are bisexual, pansexual, sexually fluid, or generally find themselves attracted to more than one gender.

In honor of the week, GLAAD and BiNet produced a number of videos in which bisexual people talk about accepting their identities in a world that has a hard time understanding what bisexuality is. They fight against stereotypes that it’s a “phase,” that they’re “indecisive,” or that if they settle down with a man or a woman it means they’ve always been or should now be considered straight/gay.

Online, many people have been tweeting about their experiences being bisexual, and offering explainers about their sexuality to people who still don’t get it.

"Pick a side."
"You're just confused."
"There's no such thing."
#BiWeek pic.twitter.com/VbDRJnbTvO

Happy #BiWeek! Shoutout to my fellow queers. Don't let anyone tell you how to label yourself or that you're "not queer enough." xoxo

Hey Queer Spaces!
Stop making us feel unwelcome, invalid or a nuisance.
Thanks, signed every Bisexual who ever lived#biweek

Feeling like no one takes your identity seriously, even from within LGBT communities, can take a toll on bisexual people. According to a recent study from the U.K., “Bisexual populations have significantly higher levels of distress and mental health difficulties than equivalent heterosexual or lesbian/gay populations.” Things like biphobia and bi erasure lead to discrimination against bisexual people from both heterosexual communities and lesbian and gay communities.

“The report found that bisexual people were also less likely than their lesbian and gay counterparts to be out to their family, friends, colleagues, general practitioners, and mental health professionals, which has clear implications for developing services that are inclusive.”

BiWeek is a movement that hopes to stamp out those fears.