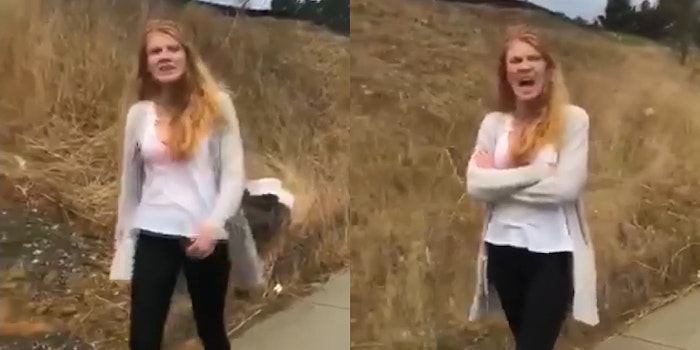 An angry woman shouted racial abuse at a Latinx man, repeatedly calling him a “nasty Mexican dog,” in a video by a good Samaritan that’s now viral on Twitter.