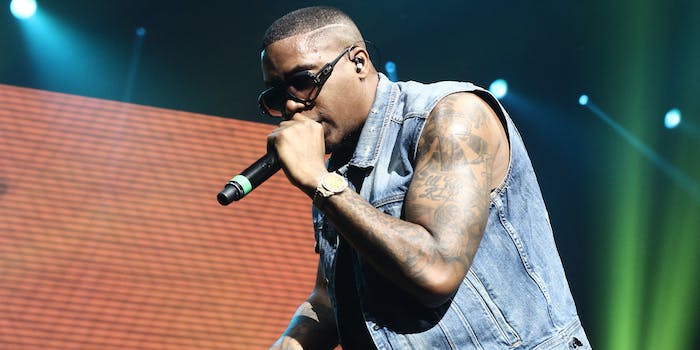 Some said it's Nas who deserves a call-out.

On Friday, rapper Nas released a new song “Ultra Black” which includes a line dissing Doja Cat for being anti-Black—and people on Twitter reacted with memes.

“We goin’ ultra black, unapologetic black / the opposite of Doja Cat,” he raps.

His diss is in reference to the controversy Doja faced in May. She was called out after her old song called “Dindu Nuffin” resurfaced and was accused of including anti-Black lyrics. The title is a slur that is used against victims of police brutality. Doja later apologized with a 30-minute video, saying the track “is in no way connected to police brutality or Sandra Bland,” the Texas woman who died in police custody in 2015.

“To see something like that, my song, connected to an innocent Black women’s death is one of the most awful rumors that I have ever encountered,” Doja said. “I don’t see in any way how that’s OK to push and create a story like that around this song.”

After Nas’ song was released, it sent the internet into a frenzy. “Doja Cat” trended on Twitter on Friday with over 65,000 tweets. People who are and aren’t fans of Doja said the diss was uncalled for and that there are other celebrities who deserve a call-out, including Nas himself.

“Weird how terry crews & Kanye west were RIGHT THERE saying the most coon shit on twitter but Nas decided to name drop 23-year-old Doja Cat who makes POP MUSIC lmaaooooo! These ‘grown men’ are BITCHES,” one user tweeted.

Crews caught flack for warning against “Black supremacy” at the height of the summer’s Black Lives Matter movement. He wrote at the time, “Defeating White supremacy without White people creates Black supremacy. Equality is the truth. Like it or not, we are all in this together.”

West has been an avid supporter of President Donald Trump.

Another user tweeted, “Nas really speaking on doja cat being ‘anti black’ like he wasn’t beating on Kelis (a whole black woman) for years…”

In 2018, Bryan Rolli reported for Forbes that Nas’ ex-wife Kelis accused him of “physical and mental abuse.” Carmen Bryan, his ex-girlfriend and mother of his child, also accused Nas of assault. (Disclosure: Bryan Rolli has contributed to the Daily Dot.)