7 Muslim teens fighting discrimination, one yearbook quote at a time

'Have a great summer! And for the love of God, please stop asking if you can try on my head scarf.'

It’s high school graduation season, which means that yet another round of quirky, inspirational, and just plain weird senior yearbook quotes are going viral on Reddit and Tumblr. Last month, this yearbook photo of 17-year-old Rafika Alami made the Internet rounds, thanks to her sassy one-liner referencing her traditional Muslim head garb:

In an interview with Today.com, Alami said she included the quote as a tongue-in-cheek reference to those who’ve mocked her for the hijab she’s worn since sixth grade. “I didn’t expect it to get that viral,” she told TODAY.com. “I’m really excited and happy. It’s a great way to end my senior year. I wrote it because I thought it would be funny. I meant it in no way offensively.”

Although the jab was intended to be light-hearted, Alami isn’t the first teenage girl to use her yearbook photo as a way to counteract cultural preconceptions about her faith. Unlike most teens who use Green Day lyrics or Billy Madison lines as their yearbook quotes, these badass teens are fighting fighting anti-Muslim stereotypes one sassy yearbook quote at a time. Here are a few of the most memorable examples.

1) This girl’s awesome explanation for why she wears a hijab. 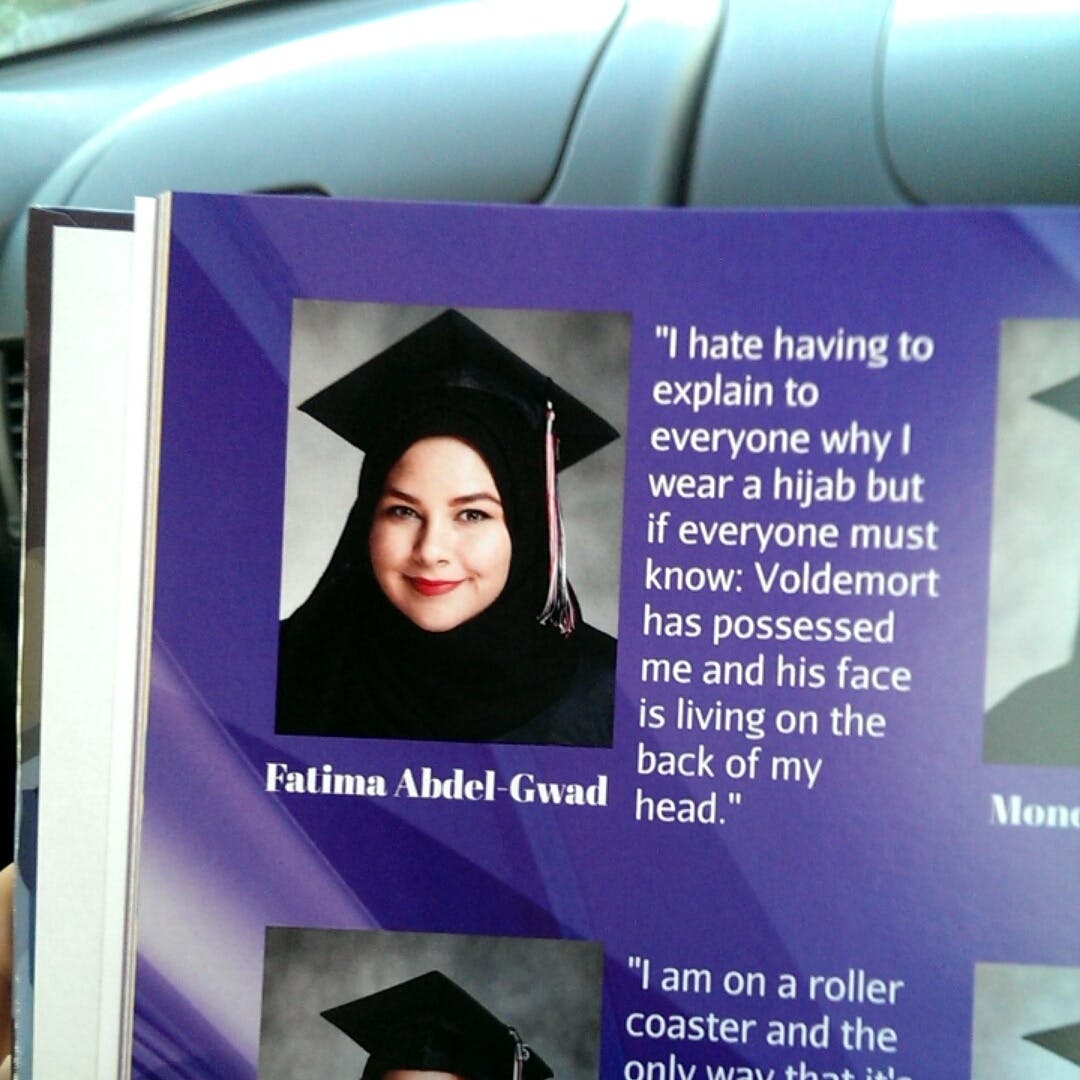 2) This girl who’s sick to death of bros’ dumb jokes about her head scarf being a horcrux. 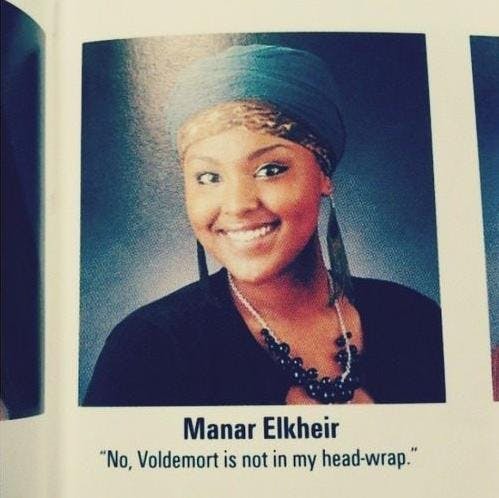 3) This girl who shuts down your white girl queries in the most elegant way possible.

MY FRIEND HAS THE BEST SENIOR QUOTE!!!!!!! pic.twitter.com/LU3HptVoPc

4) This dude who has no more fucks to give. 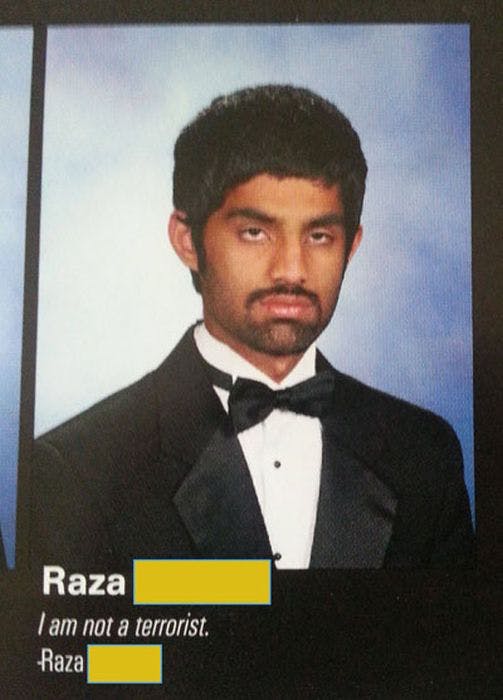 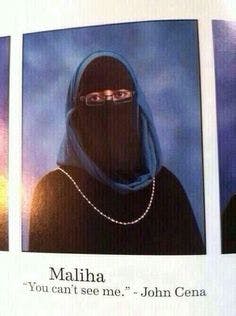 6) This girl who knows it’s better to stand out than blend in. 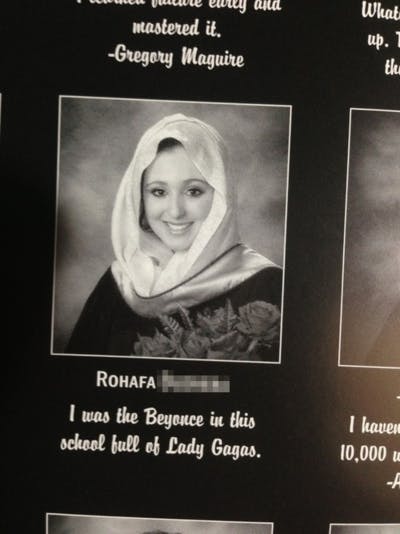