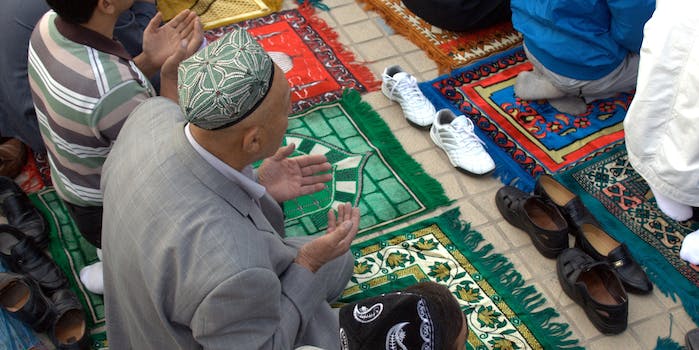 Numerous attacks and threats directed at Muslims happened over the weekend.

Six people were killed and 19 others were injured on Sunday night after a gunman opened fire in a Québec mosque. The attack, an act of terrorism according to Canadian authorities, took place during evening prayers while as many as 39 people were inside the mosque. Police have not yet released any details concerning the attacker’s motive.

The shooting is but one of numerous acts of violence targeting Muslims in North America.

A nonprofit aiding refugees in Aurora, Colorado, for instance, received letters threatening a bombing while a pro-refugee rally was held at the state’s capitol.

A South Sudanese human rights activist, who fled her home country after being tortured there, told local reporters that her children were supposed to arrive in Denver soon. The family’s future is now uncertain.

Investigators are still working to determine the cause of a fire that razed an Islamic center in Victoria, Texas, just hours after Trump’s travel ban was implemented. The community was showered with donations over the weekend (more than $828,000, at the time of publication.) The fire came roughly three weeks after a mosque under constructed near Austin was burned to the ground. Other mosques in Texas have been shot at and vandalized with feces and bacon.

A North Texas mosque in August received a series of phone messages in which a man threatened to decapitate its members.

On Sunday, Gov. Andrew Cuomo of New York was spurred to action after a 57-year-old man attacked a Muslim airport worker wearing headscarf at JFK Airport. The attacker reportedly shouted, “Trump is here now,” while kicking her. In response, Cuomo’s office proposed legislation that would make assaults on airport employees a felony punishable by up to seven years in prison.

Outrage and chaos stemming from the ban forced the White House on Sunday to pull back on closing the border to as many as a half-million legal U.S. residents. The executive order, which fulfilled a campaign promise by Trump, halts refugees from entering the country for up to 120 days, while Syrian refugees are banned indefinitely. For 90 days, the border is closed to visitors from seven Muslim-majority countries: Iran, Iraq, Libya, Somalia, Sudan, Syria, and Yemen.

Even after losing a first round of legal arguments in court, and amid widespread protests in airports across the country, the White House still insisted that the new enforcement measures were successful. Meanwhile, acts of civil disobedience were carried out by demonstrators at several hubs, including Washington’s Seattle-Tacoma International Airport, California’s Los Angeles International Airport, and the Charlotte-Douglas Airport in North Carolina.

Federal judges in New York, Massachusetts, Virginia, and Washington state have issued injunctions to halt deportations and force border control to release detained travelers with green cards. Customs and Border Protection agents, however, have been accused of going “rogue” and ignoring the court orders by attorneys at multiple airports. A BBC World Service journalists detained at Chicago’s O’Hare airport described the experience as similar to being arrested and interrogated in Iran.

Thousands of lawyers across the country flocked to airports to provide free legal assistance to the detained. At the Dallas-Ft. Worth International Airport, the scene of a large protest on Saturday night, more than 100 lawyers set up shop in an airport conference room. And the American Civil Liberties Union (ACLU), which sued the Trump administration over the order in New York federal court and won an injunction, reportedly received over $24 million in donations this weekend, more than six times what the organization typically receives in a year.

Republican Sens. John McCain and Lindsey Graham criticized Trump for failing to have the order properly vetted by attorneys. Lawyers at the Departments of Justice, State, Homeland Security, and Defense were all prevented from reviewing the order before it was signed, as were attorneys for the president’s own National Security Council (NSC).

“[W]e should not turn our backs on those refugees who have been shown through extensive vetting to pose no demonstrable threat to our nation, and who have suffered unspeakable horrors, most of them women and children,” McCain and Graham said in a joint statement.

Last year, a cab driver in Chicago was repeatedly punched in the head and neck after a man approached his car and asked if he was a Muslim. In Ohio, a 16-year-old Muslim high school student was shot after the assailant called him a “terrorist.” A New York woman mistaken for a Muslim was attacked in November by a man who ripped off her headscarf and ran his hands over her body while his two friends stood by watching and laughing.

A sign near Indianapolis was riddled with bullets outside of an Islamic center after it received threatening messages on social media last summer. And three Kansas men were arrested in October for plotting to use a “weapon of mass destruction” to kill Muslims, whom they also planned to kidnap and rape.

In recent months, Islamic centers have been firebombed or vandalized in Arkansas, Arizona, California, Georgia, Oklahoma, and Virginia, among more than a dozen other states.

Almost immediately following the attack in Québec, Richard Spencer, a prominent American white supremacist who was famously punched in the face during an inauguration protest in Washington, D.C., used his Twitter account late Sunday to mock the victims of the attack, while calling for the forced deportation of every Muslim in North America.

The White House and several Republican leaders have dismissed claims that Trump’s executive order is actually a “Muslim ban.” Former New York mayor Rudy Giuliani appeared on Fox News on Saturday, however, and appeared to confirm that banning Muslims was the administration’s intent.

Trump wanted a “Muslim ban,” Giuliani said, so they formed a commission to help him figure out “the right way to do it legally.”