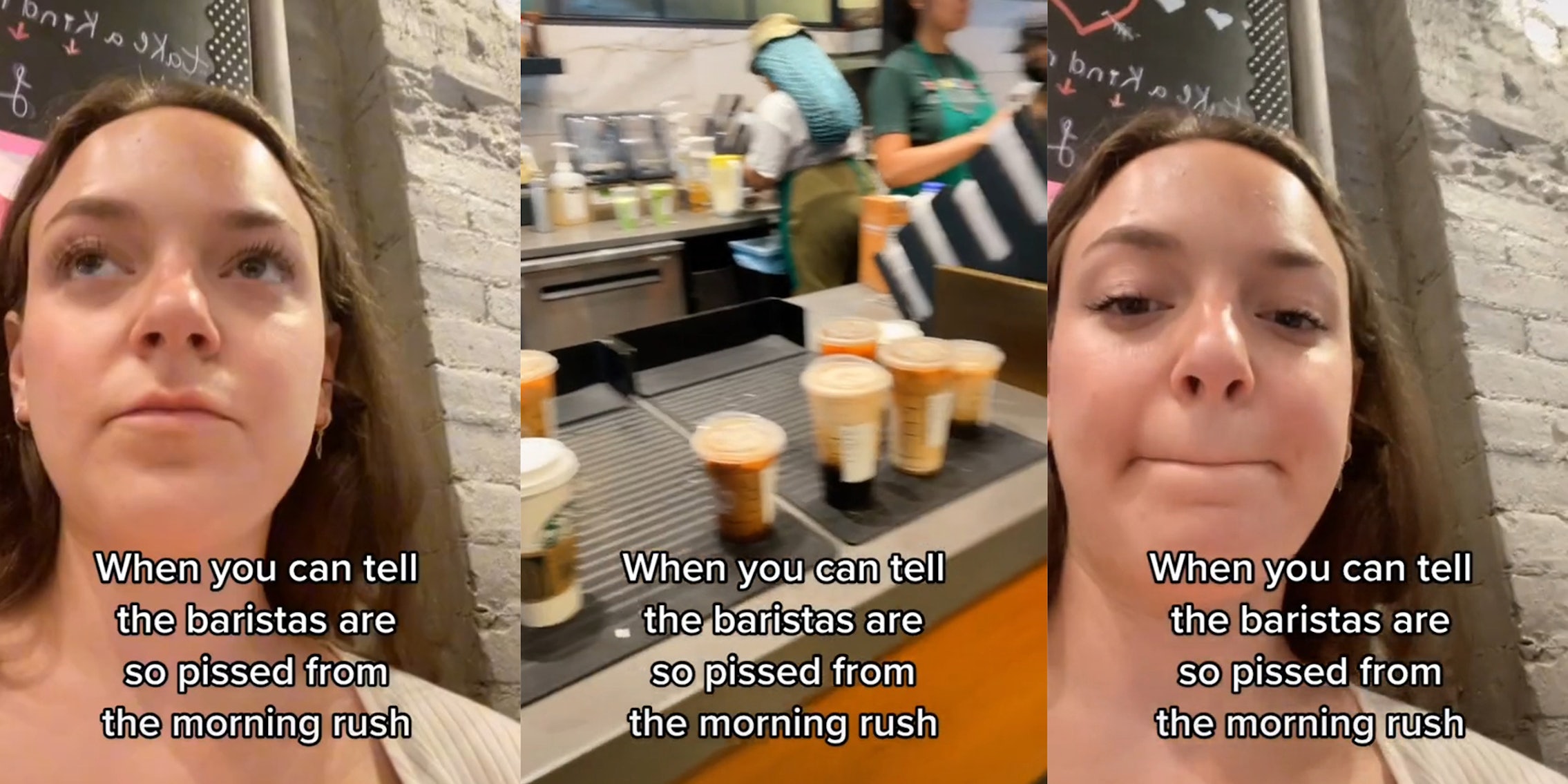 'When you can tell the baristas are pissed from the morning rush.'

A TikToker filmed Starbucks baristas handling the morning rush, prompting other baristas to air out their frustrations in the comments section.

In the video posted by TikToker Julie (@julielynne29) on Wednesday, she shows a clip of several baristas quietly taking orders and making drinks.

The text overlay reads, “When you can tell the baristas are pissed from the morning rush.”

“They won’t even call out mobile order names,” the video, which has over 200,000 views as of Monday, is captioned. In the comments section, other baristas put “rude” customers on blast, explaining how “demanding” the job can be during the morning rush.

“Some days are harder than others. It’s frustrating bein worked to death at sbux then being asked to remake a drink cuz there wasn’t enough ‘light ice,'” one user wrote.

“To be fair when people mobile order and come in literally 30 seconds later asking where their drink is, it pisses me off,” another said.

“I wish people knew how physically and mentally demanding our job can actually be. we try our best but it seems like it’s never good enough,” a third added.

Others gave insight into how they handle mid-rush stress, suggesting how other stores can make the process easier on baristas.

“That’s why when I’m not in the mood to call out mobiles, I’ll just organize them by name and face the sticker towards the lobby so y’all can just look,” one explained.

“I believe that Starbucks should have a permanent position where a barista manages handoff. My store needs it especially because we are sooooo busy,” another suggested.

The Daily Dot reached out to Julie via TikTok comment and to Starbucks via email.