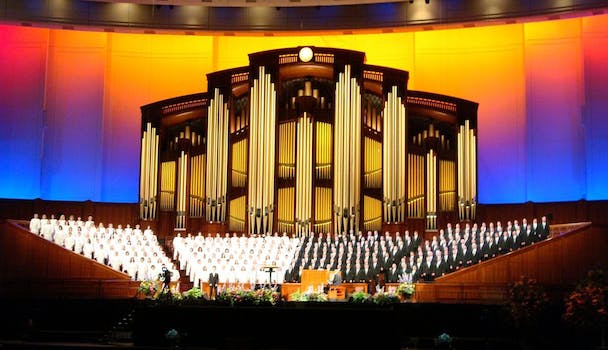 'I could never throw roses to Hitler.'

A member of the Mormon Tabernacle Choir has quit the organization after it accepted an invitation to perform at Donald Trump’s inauguration this coming January, comparing the president-elect to Hitler.

In a public Facebook post, Janet Chamberlin thanked the choir for a meaningful five years and discussed many positives that came from being a part of the group. But after they decided to perform, Chamberlin couldn’t continue. She wrote:

I simply cannot continue with the recent turn of events. I could never look myself in the mirror again with self respect…I love you all, and I know the goodness of your hearts…I also know, looking from the outside in, it will appear that Choir is endorsing tyranny and facism by singing for this man…And Choir’s wonderful image and networking will be severely damaged and that many good people throughout this land and throughout the world already do and will continue to feel betrayed…I only know I could never “throw roses to Hitler.” And I certainly could never sing for him.

Latter Day Saints leaders confirmed the choir’s decision to perform last week and will be sending 215 of their 360 members to perform in D.C. come January. Since then, 15,000 Mormons have signed a petition urging the LDS to reconsider and withdraw themselves from the inauguration of a president who, according to the petition, “has demonstrated sexist, racist, misogynistic, and xenophobic behavior that does not align with the principles and teachings of The Church of Jesus Christ of Latter-Day Saints.”

The Radio City Rockettes, some of whom have also protested performing, and Jackie Evancho are also slated to headline the inauguration. The Trump campaign has had a hard time finding A-list celebrities to perform, since most notable singers and performers backed Hillary Clinton during the election.