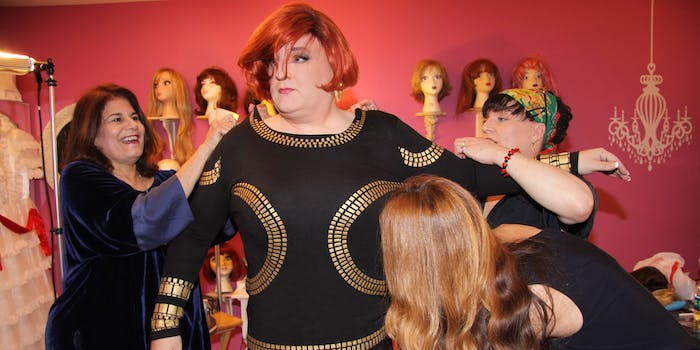 Before 'transgender' was part of our lexicon, Veronica Vera was making men feel beautiful without shame.

Tucked in a shoebox-sized apartment on a nondescript street in Chelsea is one of New York City’s smallest and most historically significant educational institutions: Miss Vera’s Finishing School for Boys Who Want to Be Girls.

Once upon a time, Veronica Vera’s cozy pink boudoir was one of few spaces in New York City—indeed, in the entire nation—where folks who identified as crossdressers, transvestites, or transsexuals could explore their gender identity in a safe, positive, and supportive environment. Being openly trans or gender non-conforming was an enormous risk for the first few students Miss Vera found in the early 1990s. For them, her extravagant, three-paneled vanity was the first mirror they could look into and truly see themselves reflected.

Today, Vera’s student body has seen a significant shift in demographics, with a particular surge in couples enrolling together: one looking to find their feminine side, the other hoping to understand and support their partner. The changing classroom reflects changing attitudes about gender expression. For students 10 or 20 years ago, sharing their enrollment status with their wives and girlfriends was a massive source of anxiety—if it happened at all. Now, Vera sees dozens of couples who accept gender transition as the beginning of a new, happy chapter in their relationships, and a journey to pursue together. 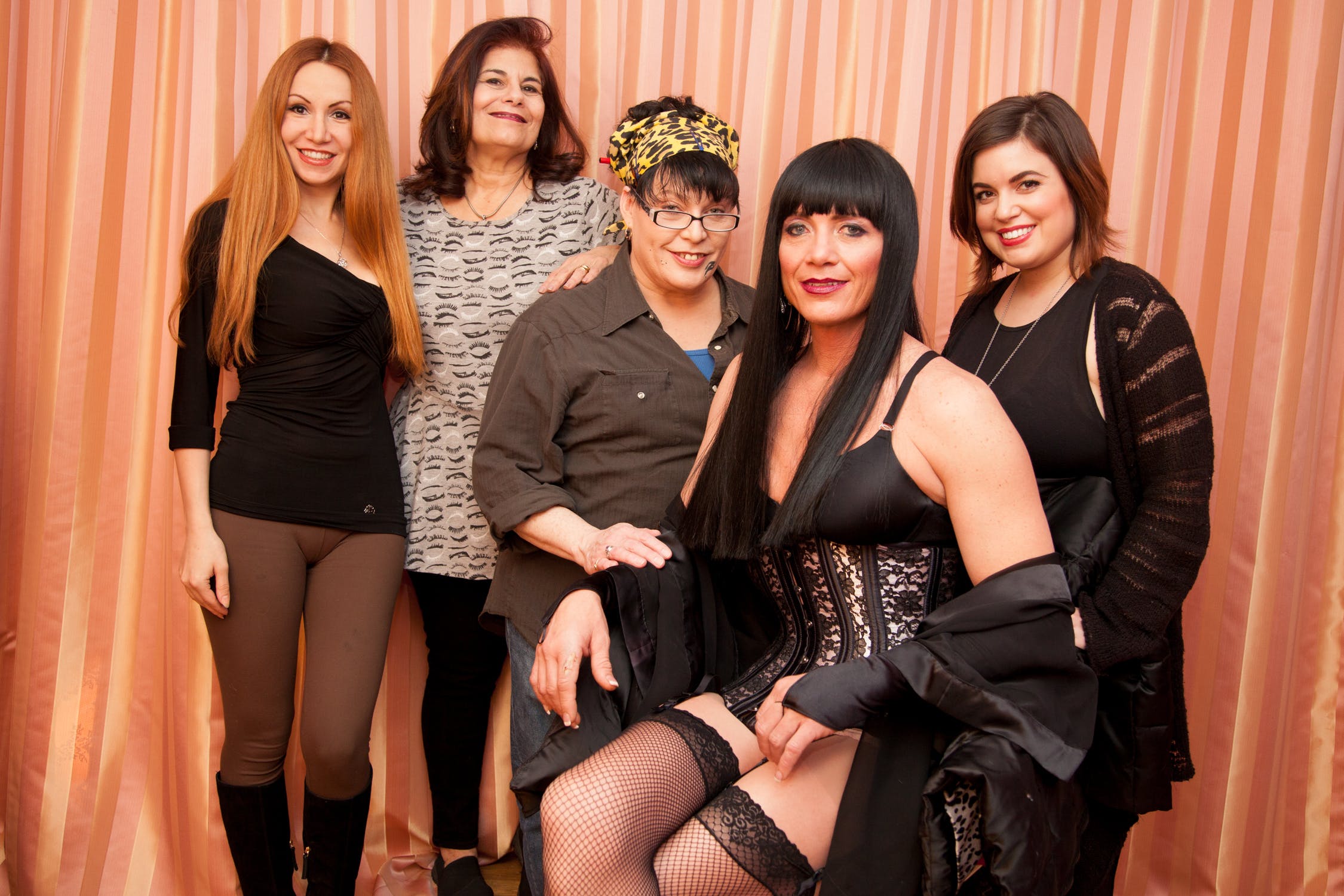 Vera became a gender coach almost by accident. Her first student was a friend of a friend who was visiting New York City and wanted to “go out” as a woman. “In the beginning, it was a lot of guys like that—guys from the ‘straight world’ who just wanted to spend a weekend indulging in something they couldn’t do in their normal lives.”

The young Vera took on the challenge of teaching hair, makeup, and feminine poise. “I could use the extra money,” she explains, “and I thought, ‘I know I don’t want to be a domme. But being super girly? I can do this.’”

“I came to sex-positivity from female liberation,” Vera says, reminiscing about her early years exploring the New York of the 1980s. “I was going through my own liberation process through sex—freeing myself from taboos and from shame.”

Through her personal self-exploration and professional writing exploits, Vera became a high-profile sex writer, activist, and educator. And as time went on, Vera’s clientele grew beyond “visitors from straight world” to include a more diverse group of students, including trans people and their partners. Though her school was, in name, designed for “boys who wanted to become girls,” her students were far from homogenous. Some identified as women and went on to transition, while others, like her late husband Stu and his femme persona Misty, identified as men with a “feminine side” or a female alter ego.

“For a lot of these men, being a woman, even just for a little while, meant accessing a part of their inner emotional life that they couldn’t express otherwise,” Vera says. Her job was to make that internal process a little bit easier by teaching the fundamentals of high femme: beauty basics, domestic skills, and how to walk in heels. 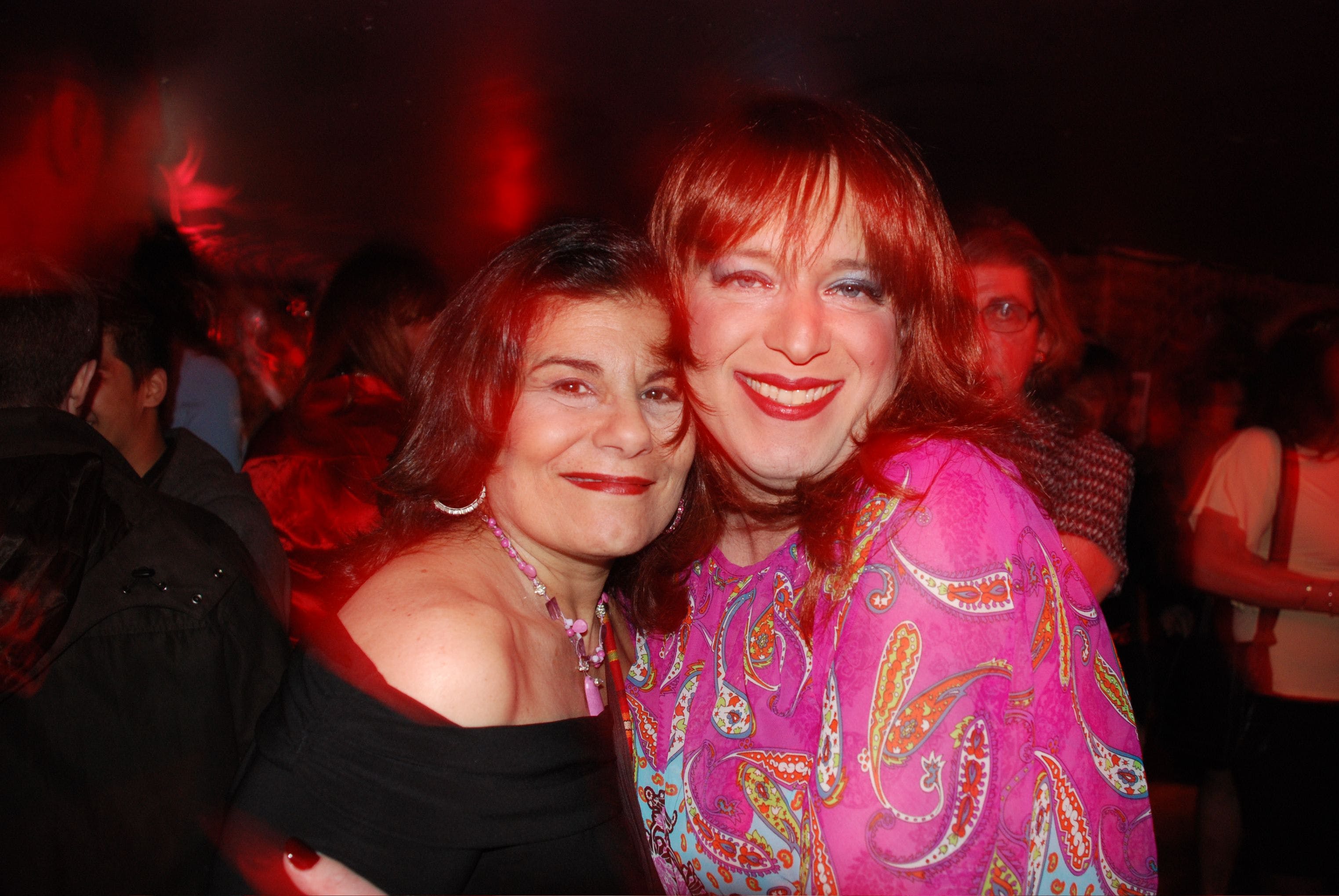 Over the years, as Vera helped her students wrestle with questions of gender identity, she began to ask questions too. Unabashedly femme and positively pink though she may be, Vera contends that, to some extent, there is masculinity and femininity in all of us—herself included.

“Most people feel guilty about their sexuality in one way or another,” says Vera. “Cis people, trans people, straight people, gay people. Feeling that you’re not who you say you are, or thinking you’re an imposter, or having body issues—these are all universal experiences.”

According to her, the common problem has a common cure: exploring and expressing ourselves without judgment or shame.

To that end, Vera’s advice—most recently compiled in Miss Vera’s Cross Gender Fun for All—is no longer just for boys who want to be girls. Veronica feels strongly that transgressing gender boundaries is an essential part of self-discovery, regardless of identity.

Miss Vera will be celebrating Women’s History Month on March 21 with a Q&A and reading from Cross Gender Fun For All at NYU Bookstore in New York.